Home » Posts » Publication types » systematic review » Marigolds or orchids? How easy is it to cultivate empathy in doctors? 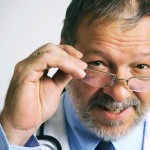 When I started to write this blog I used the age-old tactic from schooldays of having the TV on in the background to “help my concentration”. And then I got distracted by a comedy featuring – you guessed it – a stupendously un-empathic doctor. How weird is that? It’s spooky being an Elf sometimes.

One would always hope for, although sadly not necessarily expect an empathic doctor. To be honest, I’m usually quite grateful if they’re not young enough to be my daughter or son. Whilst medical education in most cultures explicitly emphasises the importance of empathy, there is evidence that this desired characteristic declines during medical education, and is “lower than ideal” in physicians.

I have to confess, I rolled my eyes when I first read the title of this review – Interventions to cultivate physician empathy: a systematic review (Kelm et al, 2014). I was being rather unfair as it turned out. It’s definitely a very worthwhile question to ask, and I was actually quite surprised to learn that this was the first review comparing quantitative evaluation studies on the subject.

I was also impressed with the methods the researchers used and the logic and clarity of the reporting. Not only did they have a librarian’s help in designing the literature search strategies (although as usual, they only considered studies written in English), they also explicitly reported their adherence to the PRISMA (Preferred Reporting Items for Systematic Reviews and Meta Analyses) guidelines. As I work for the EQUATOR (Enhancing the QUAlity and Transparency Of health Research) Network, an organisation dedicated to promote the use of reporting guidelines, it was heart-warming to see.

Inclusion criteria were studies where: 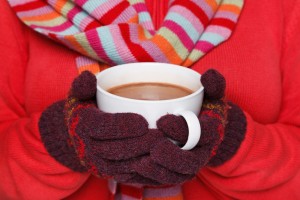 Explicit adherence to PRISMA guidelines engenders a feeling very much like quaffing a rum hot chocolate on a wintery Sunday afternoon.

The interventions designed to cultivate empathy were of several types: 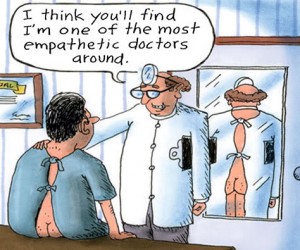 This review includes several types of interventions to cultivate empathy in clinicians.

Sixty-four studies met the inclusion criteria and data on ten metrics were extracted from each including:

The researchers also graded the 64 studies into three tiers of methodological quality, and only ten studies made it into the top tier. Of those ten methodologically rigorous studies, eight found that the intervention had a statistically significant positive effect on empathy.

Overall, the percentage of studies reporting a significant positive effect was 66%, although as previously mentioned the studies as a whole were characterised by poor design, inadequate reporting, and the time-frame of follow up was mostly very short or immediate. The studies were mostly small, and vague descriptions of interventions mean they cannot be replicated in further evaluation research, or put into practice.

Only six of all the studies (9%) measured patient reports of empathy, despite the existence of reliable and valid patient-report measures. Having read the review quite carefully, all I really wanted to find out was which studies reported a significant increase in empathy using patient-reports, and had a follow-up of more than a few weeks – in other words, any studies which vaguely approached real life. I dug around in the additional tables just in case, and alas there were none. 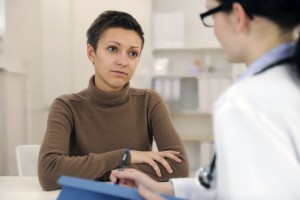 Remarkably few of the included studies measured patient reports of empathy, which makes it hard to apply the findings to real life.

As you’ve read this far, I’d recommend you take an extra ten minutes to watch an inspiring video made by the Canadian Patient Safety Institute. It’s a mother’s moving story in her own words which perfectly illustrates how important it is for healthcare providers to take just a little time to try and understand every patient’s perspective. In particular, her courageous intervention on behalf of her daughter taught one doctor what I am sure was an invaluable and lasting lesson in empathy. That is what I call a significant result.

Last reply was March 5, 2015
Try out our members features!