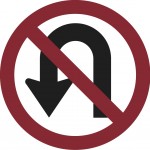 The successful transition from inpatient to outpatient psychiatric care is an important step along the road to recovery. It can be a difficult and turbulent time for patients, so much so that there is a risk that patients will suffer a relapse of their illness and need to be readmitted into hospital (Herman, Mattke, Somekh et al., 2006).  In the UK around 13% of patients get readmitted shortly after discharge (Leslie and Rosenheck, 2000). This causes further disruption to patients lives and is a costly use of limited time and resources.

The risk of patients needing readmission could be reduced by taking steps to support transition from care (Steffen, Koster, Backer, and Puschner, 2009). Psychosocial training, for instance, can be used to teach patients ‘life skills’ to help them cope better when adjusting to life after treatment.  A new systematic review by Vigod, Kurdyak, Dennis and Leszcz et al., (2013) was carried out to compare the different ways in which researchers have attempted to reduce psychiatric patient readmission rates. Up to 13% of psychiatric patients are readmitted shortly after discharge

We observed that transitional care interventions with pre-discharge, post-discharge and/or bridging components may reduce early psychiatric readmission – and that when they are effective, the magnitude of effect appears to be clinically meaningful

The key strength of this review is the diverse list of potential ways to support patients transition to outpatient care. This review is a useful starting place when considering how readmission rates could be reduced, but caution needs to be taken when considering if these findings could be transferred to other contexts because of the small, non-representative samples used in most of the included studies.  This issue is compounded by the fact that many of the interventions only worked in some of studies they were used in.  So, the effects on reducing readmission does seem to be context dependent.