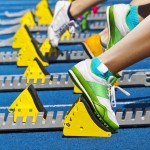 There are a range of treatment options for people with bipolar disorder who are experiencing a manic episode. An important part of this treatment is to reduce the symptoms of mania and provide the individual with some level of normality.

I blogged this time last year about a meta-analysis in the Lancet that showed that antipsychotics were significantly more effective than mood stabilisers at treating acute mania.

It’s obviously helpful to reduce manic symptoms as quickly as possible, so this new meta-analysis and review from researchers in Barcelona will be welcomed by clinicians, as it provides a direct comparison as to the effectiveness of haloperidol (a first generation antipsychotic drug) with olanzapine, ziprasidone, aripiprazole, quetiapine and risperidone (second generation antipsychotics) in the first week of treatment.

The authors searched Medline and the Cochrane Central database for randomised controlled trials, including articles up to September 2011. They found 8 trials that met their inclusion criteria and rejected one trial because of poor methodological quality. The 7 trials that went into their meta-analysis included 2,037 patients.

Haloperidol shows a faster onset of anti-manic action than second-generation antipsychotics. This difference may be related to D2 affinity. Haloperidol may be considered a treatment option in severely ill manic patients who require urgent relief of symptoms.

It’s worth noting that the effect sizes in this review are small, with the Standardised Mean Difference (SMD) being 0.17, with a 95% Confidence Interval ranging from 0.01 to 0.32.

Clearly, patients and clinicians will need to weigh up these effect sizes with the side effect profiles of the different treatments.

Last reply was August 8, 2012
Try out our members features!