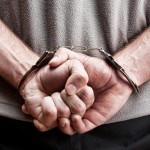 Studies show that over 1.6 million people are killed as a result of violence each year and it is thought that this estimate is considerably less than the actual number who die from assaults.

Violence in inpatient hospital settings and emergency departments is the subject of a NICE guideline that is currently being updated.

A group of researchers from the University of Liverpool have published a health technology assessment report (PDF) that seeks to summarise the evidence for pharmacological, psychosocial and organisational interventions aimed at reducing violence.

They conducted a search of a wide range of databases to find meta-analyses and randomised controlled trials (RCT) from 2002-2008 (they were updating a previous review that was published in 2002).

They found 198 studies to include, 51 of which were RCTs. They were unable to carry out a meta-analysis of the data because there was too much heterogeneity.

A cost effectiveness analysis was beyond the scope of the review, but this is clearly an essential component of future research, given the huge expenditure required to implement solutions to this widespread problem and the cost that such universal violence must have on our society.

Here’s what the reviewers found:

Results from this review show small-to-moderate effects for cognitive behavioural therapy, for all psychological interventions combined, and larger effects for atypical antipsychotic drugs, with relatively low heterogeneity. There is also evidence that interventions targeted at mental health populations, and particularly male groups in community settings, are well supported, as they are more likely to achieve stronger effects than interventions with the other groups.

Future work should focus on improving the quality of evidence available and should address the issue of heterogeneity in the literature.

Last reply was July 6, 2012
Try out our members features!