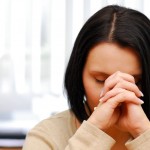 The world’s largest, most comprehensive systematic review into the mental health outcomes of induced abortion has been published by the Academy of Medical Royal Colleges.

The review concludes that having an abortion does not increase the risk of mental health problems. The best current evidence suggests that it makes no difference to a woman’s mental health whether she chooses to have an abortion or to continue with the pregnancy.

The review was commissioned by the Academy and carried out by the National Collaborating Centre for Mental Health (NCCMH) at the Royal College of Psychiatrists.

The review’s Steering Group and the NCCMH carried out a systematic and comprehensive search of the literature and identified 180 potentially relevant studies published between 1990 and 2011. The Steering Group was careful to ensure only the best quality evidence was used, so all studies were subject to multiple quality assessments. In total, 44 papers were included in the review.

On the basis of the best evidence available, the Steering Group concluded that:

The Steering Group recommends that future practice and research should focus on supporting all women who have an unwanted pregnancy.

Professor Tim Kendall, Director of the NCCMH and a member of the Steering Group, said:

This review has attempted to address the limitations of previous reviews of the relationship between abortion and mental health. We believe that we have used the best quality evidence available, and that this is the most comprehensive and detailed review of the mental health outcomes of induced abortion to date worldwide.

The Academy recognises that this is a complex and controversial area, where there have been many conflicting research findings. We welcome this extremely high-quality review from the NCCMH, and endorse its findings.

Induced abortion and mental health: a systematic review of the mental health outcomes of induced abortion, including their prevalence and associated factors (PDF 2MB download). Academy of Medical Royal Colleges by the National Collaborating Centre for Mental Health, 9 Dec 2011.

Last reply was March 9, 2012
Try out our members features!