Home » Posts » Publication types » statistics » The burden of disease due to chronic illnesses, especially mental health illnesses is rising in the UK 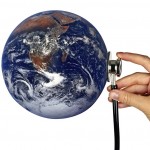 The NHS is thought of as a model health care system. It has experienced several reforms over the last 20 years, including greatly increased amounts of spending. So how have these changes affected the burden of disease due to mental health problems over this period, and how does the UK’s record in this area stack up against comparable countries?

A paper recently published in The Lancet used the Global Burden of Disease Study from 1990 and 2010, (discussed on the Lifestyle Elf ) to investigate changes in the burden of health in the UK over this period, and also to compare it to the other 18 countries assessed. It measured all forms of health, but we will highlight mental health outcomes here.

The Global Burden of Disease Study looked at major causes of disease burden and how these have changed over time. By using consistent definitions of illness across time and across countries it allows comparison of the UK and its progress to similarly wealthy and developed nations. Of particular interest, the study looked at disability and not just mortality – which can be a somewhat crude measure of the impact of disease, especially with chronic illnesses becoming increasingly important in the burden of disease.

Years lived with disability (YLD) are calculated by multiplying the prevalence of a consequence of an illness by its disability weight. Disability weights are based largely on surveys of the general population – to determine how much disability is accounted for by blindness, for example, compared with being unable to walk.

Disability adjusted life years (DALY) are the sum of the above two numbers – representing the entire amount of healthy life years lost due to premature death and impaired function caused by an illness.

Self-harm, overwhelmingly related to mental health issues, has remained the number 8 cause of years of life lost in the UK from 1990 to 2010 in all age groups, and the number 2 cause in the 20-54 year old group.

The years of life lost due to drug use disorders have increased by 577% for all age groups, and 812% for those 20-54, who have also experienced a 230% increase in alcohol use disorders. Mental and behavioural disorders accounted for 1.65 million disability adjusted life years in 1990, increasing to 1.94 million in 2010 (an increase of 17%). As a point of comparison the number one cause of DALYs is cardiovascular disease which in the same period decreased by 39%.

There are few good news stories in the mental health section – almost every mental health disorder increased its burden of disease:

For all age groups, the contribution of drug use disorders to premature mortality rose from 1990 to 2010 by 577%. In terms of global burden, mental health has fallen behind compared to physical health. Is the race for funding a fair contest?

Although the Global Burden of Disease Study 2010 had mixed changes for physical health (generally improved in absolute terms), overwhelmingly the message about mental disorders is negative, with increases on every metric used.

The authors note that, in contrast to improvement in several other areas of health, causes of chronic disability, including mental disorders and substance abuse do not get as much health policy attention. They advise that given the change in the pattern of health loss over the last 20 years that these conditions should be:

On the agenda for all UK public health agencies.

They argue that these issues, including mental disorders and the increasing effect of alcohol and drugs, will require:

Strong national and local leadership to ensure an effective multi-sectoral integrated response is achieved and sustained.

In plainer language: it’s time to apply the thought and investment that proved effective in dealing with acute bodily conditions to diseases that affect the mind. This must happen soon if the NHS is to continue to address the pressing health needs of UK citizens.