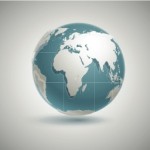 Data from the largest and most comprehensive survey of causes of illness worldwide has been published in the Lancet.

This paper represents the latest analysis of the data set collected in the Global Burden of Diseases, Injuries, and Risk Factors Study 2010 (GBD 2010) and focuses on the global burden of illness due to mental disorders and substance abuse.

A previous analysis has looked at the burden of illness particularly in the UK.

As part of the GBD 2010, epidemiological data was collected for 20 mental and substance abuse disorders in 187 countries. This allowed the authors of the study to model the burden of disease in these countries.

The burden of disease was calculated using three metrics: Depressive disorders were responsible for 40% of the burden of illness due to mental and substance abuse disorders. Data from some world regions (notably sub-Saharan Africa, parts of Asia, and central and eastern Europe) were scarce, resulting in greater statistical uncertainty over the estimates for these regions and the need for statistical imputation of some data points.

Individuals in some cultures interpret and express symptoms of mental disorders differently from the descriptions used in DSM/ICD diagnostic criteria likely contributing to differences in rates of diagnosis in different cultural groups.

In GBD, deaths are coded according to the physical cause of death and this may mask the number of premature deaths due to the presence of mental illness: deaths by suicide are coded under injuries, even though in most cases these deaths occur in the context of mental illness; and deaths from illicit drugs are often coded under accidental poisonings.

As with all studies measuring chronic disability – and using the disability-adjusted life years metric – there is subjectivity to the measurement. How disabling different conditions are was determined by online and face-to-face questionnaires with 30,000 people around the world.

The authors of the paper conclude that mental and substance use disorders are major contributors to the global burden of disease and their contribution is rising, especially in developing countries.

The authors throw down the gauntlet at the feet of public health officials:

The authors state that in developing countries treatment rates for people with mental health and substance abuse disorders is low, and that even in developed countries:

Treatment is typically provided years after the disorder begins.

The authors identify two roadblocks to improved care: stigma about these disorders; as well as inefficiencies in the distribution of funding and interventions.

This trend has meant that mental and substance abuse disorders are becoming increasingly important contributors to overall disease burden, not just in developed countries, but worldwide.

We need to adjust our priorities in the delivery of care to reflect this.