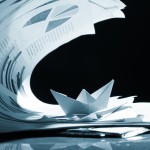 Mental illness accounts for nearly half of all ill health in people under 65, but only a quarter of people are given the treatment they need, according to a new report published today by the London School of Economics.

The report has been written by a distinguished group of mental health and health policy professionals from across London, led by Professor Lord Richard Layard, Director of the Well-Being Programme at the LSE Centre for Economic Performance.

It covers the scale and severity of mental illness and shows that around 17% of adults and 10% of children are suffering from mental illness in England.
(Note: these figures include schizophrenia, bipolar disorder, depression, anxiety disorders, conduct disorders, ADHD and autism, but they do not include dementia, personality disorders or substance misuse).

The authors show that mental illness often has more of a disabling impact on people compared with other chronic health conditions, and they highlight that mental pain is as real as physical pain.

The outstanding statistic from the report is the claim that if the NHS spent more money on psychological therapies it would end up costing them nothing because money would be saved elsewhere in the system. The logic here is that half of all NHS patients referred for first consultant appointments in the acute sector have “medically unexplained symptoms” and the costs of these physical complaints caused by mental illness exceeds £10 billion. The evidence shows that psychological therapies are effective at reducing physical symptoms, so the report concludes that money invested in extra talking treatments would be saved elsewhere.

The mismatch between burden and expenditure is a recurring theme in the short report, which claims that:

Even when we include the burden of premature death mental illness accounts for 23% of the total burden of disease. Yet, despite the existence of cost-effective treatments, it receives only 13% of NHS health expenditure. The under-treatment of people with crippling mental illnesses is the most glaring case of health inequality in our country.

The report recommends a major rethink of mental health care in the UK, to tackling the huge unmet need for effective services and treatment. The following 6 recommendations are made:

How mental illness loses out in the NHS: a report by The Centre for Economic Performance’s Mental Health Policy Group (PDF). London School of Economics and Political Science, 18 Jun 2012.