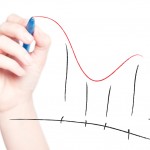 Here are some of the headlines:

The overall picture is a mixed one. For example, it is encouraging to see patients spending less time in hospitals; pointing perhaps towards the increasing use of community-based treatments. However, it is concerning that people on a Care Programme Approach do not feel they are getting the support they need in terms of employment, housing and financial advice.

Against the backdrop of the reforms to the NHS and the efficiency savings required, it is clear that mental health services face a serious test in the coming months and years.

Last reply was November 12, 2014
Try out our members features!