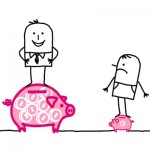 People aged 18-74 with serious mental illness have a mortality rate three times as high as the general population, new data from the Health and Social Care Information Centre (HSCIC) show.

Though previous research has looked at this area, this is the first time such figures have been calculated by linking mortality data to the Mental Health Minimum Dataset (MHMDS); the dataset that contains record-level data about NHS services delivered to over one million people with serious mental health problems.

The figures show around 13 in every 1,000 people aged between 18 and 74 with a serious mental health condition died in the financial year 2009/10, compared to about four in 1,000 of the general population between these ages.

The findings form a new measure published for the very first time today as part of the NHS Outcomes Framework. Under the measure, people with a ‘serious mental illness’ are defined as those who have been in contact with specialist secondary mental health services at any time over the previous three years; including out-patients, people in contact with community services and in-patients.

This is the first time mental health data has been linked to deaths data; with further analysis scheduled to be published in November which will provide further information about the disparity in rates.

The mental health measure is one of two new measures published today as part of the framework, which sets out the national outcomes goals the government has said it will use to monitor the progress of the NHS Commissioning Board. The second new measure looks at emergency readmission rates.

A further six measures have been updated and each of the measures presents new national level data on subjects including; unplanned hospitalisation (four); and patient experience of hospital care (two).

The measures are available in the NHS Outcomes Framework section of the NHS Information Centre indicator portal.  Links to the individual PDF documents on mental health are available below.

The mental health indicator breaks new ground by linking data from the Mental Health Minimum Data set with deaths data from the Office of National Statistics to reveal the extent to which people with a serious mental health condition are more likely to die than those in the general population.

The HSCIC is increasingly exploiting the benefits of linking data from disparate sources in order to provide valuable insights into health issues which can be explored further and inform decision-making at local and national level.