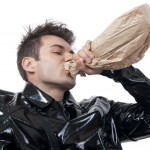 Approximately 15% of adults in Europe drink alcohol to excess, at levels that are likely to affect their health. Most of these people are not alcohol dependent and do not require intensive treatment such as detox and aftercare, but many of them would benefit from a ‘nudge’ to reduce their drinking to safer levels.  Screening and Brief Interventions for hazardous drinking are a useful and cost-effective way of doing this. Indeed my cousin the Lifestyle Elf has recently written about screening and brief interventions in primary care and for general hospital patients.

This Randomised Controlled Trial, published in the Journal of the American Board of Family Medicine, describes an evaluation of an intervention that was delivered through 70 GP practices in the Netherlands. The headline result is that the group of patients who received the intervention did show a significant reduction in hazardous drinking when assessed at two-year follow-up. However, this was no cause for celebration because a control group of patients also showed a significant reduction in hazardous drinking at follow-up, and to a greater extent than the group that received the intervention! Therefore, it seems that this particular intervention was, unfortunately, counterproductive.

The research team invited 2,758 general practices to participate, of which 82 practices (3%) agreed to take part. Five practices dropped out subsequently, and another seven were eliminated because they did not identify any patients who met the criteria for ‘hazardous drinking’ (defined as a score of 8 or above on the Alcohol Use Disorders Identification Test; AUDIT). The final sample comprised 712 patients, who all scored at least 8 on the AUDIT, recruited from a total of 70 GP practices. Each practice was then randomly assigned to either the intervention group (346 patients from 36 practices), or the control group (366 patients from 34 practices). The GP practices in the intervention group received the following:

The control group were mailed the leaflets about alcohol consumption and harmful drinking (described above), but did not receive any personalised feedback on their drinking or any of the other interventions described above. The primary outcome measure was the proportion of patients in each group who still met the criteria for hazardous drinking, which the researchers obtained by mailing the AUDIT to all of the participants two years after they had originally enrolled in the study. The authors concluded that their intervention was counterproductive

The authors concluded that their intervention was counterproductive: although some patients who received the intervention did reduce their drinking to ‘low risk’ levels, the proportion that did so was actually significantly lower than the proportion in the control group, who only received leaflets about alcohol in the post! The research team discussed several possible explanations for their findings. Firstly, the participation rate was low (only 3% of practices that were invited actually took part). Perhaps most importantly, the researchers noted that:

Our program did not result in improvements in rates of screening and giving of advice.

In other words, compliance with the intervention among the GPs was low.

Overall, it is not such a mystery that patients in both the control and intervention conditions showed a reduction in hazardous drinking, because factors such as regression to the mean and ‘non-specific effects’ are common with these types of brief interventions, as the Lifestyle Elf discussed in regards to a different study here. But it is unusual to demonstrate that a control condition produces better results than a brief intervention, and the authors were not really able to explain this in their paper. This particular Elf cannot explain it either.