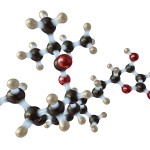 Previous studies have suggested that statin therapy might be a useful treatment for Alzheimer’s disease.

This randomised controlled trial conducted by a team of researchers from Mount Sinai School of Medicine set out to determine if the lipid-lowering agent simvastatin slows the progression of symptoms in Alzheimer’s disease.

They recruited 406 people with mild to moderate Alzheimer’s disease and normal lipid levels.  Participants were randomly assigned to:

The statin treatment lowered the lipid levels in the patients who took it, but did not affect their ADAS-Cog scores or any of the secondary outcome measures.  No increased side effects were measured in the simvastatin treatment group.

Simvastatin had no benefit on the progression of symptoms in individuals with mild to moderate Alzheimer disease despite significant lowering of cholesterol.

This study provides Class I evidence that simvastatin 40 mg/day does not slow decline on the ADAS-Cog.