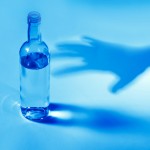 Alcohol misuse is responsible for about 4% of all deaths annually, and in the UK it costs the NHS more than £3 billion per year.  A number of medications are currently licensed for the treatment of alcohol dependence. Unfortunately the medications don’t work for everyone and in the USA at least, fewer than 10% of alcoholics receive any drug therapy to help them to stop drinking or at least cut down. So, alternative medications are needed.

The drug gabapentin is licensed for the treatment of epileptic seizures, and it works by modulating GABA (gamma-Aminobutyric acid) activity in the brain. The drug may also be an effective treatment for alcohol dependence. This is because patients report depressed mood, craving, and sleep disturbance as they go through alcohol withdrawal. These symptoms, which can persist for several weeks, are associated with relapse to drinking.  Gabapentin seems to minimise the activation of the stress response in the amygdala that is partially responsible for these effects of alcohol withdrawal.

Previous studies have investigated gabapentin (versus placebo) for the prevention of relapse to drinking in alcohol dependence. All of the previous studies suggested that gabapentin could be effective, although these studies either tended to have small sample sizes, or they gave a dose of gabapentin that was probably too low. The current study from Mason et al (2013) aimed to overcome the limitations of the previous trials, by testing two doses of the drug against placebo in a large sample of alcohol-dependent patients.

This was a three-arm, double-blind, randomised controlled trial of two doses of gabapentin versus placebo. Alcohol-dependent patients (N = 150), who had been abstinent for alcohol for at least three days, were randomly allocated to groups that received either:

The gabapentin groups initially received lower doses of the drug that were gradually increased until they reached the target dose. Participants were then maintained on the target dose for 11 weeks, until in week 12 the dose was titrated downwards such that all participants were receiving placebo at the end of the week. There was also a follow-up visit at week 24, although the report contains conspicuously little detail about that. All participants received psychosocial support in addition to medication, in the form of weekly manual-guided counselling and encouragement to attend local self-help groups (e.g. Alcoholics Anonymous) or other psychological treatments.

Overall, gabapentin had a clear dose-dependent effect on most of the outcome measures: The results of this trial are encouraging because they suggest that gabapentin may be an effective medication for the treatment of alcohol dependence, in particular it may reduce the frequency of heavy drinking and increase the rate of abstinence if given during the first few months when people are attempting to abstain from alcohol. However this trial does have its flaws, not least the decision to switch the primary outcome measures from those that were originally registered, the high dropout rate, and the short-term follow-up period (12 weeks after medication was discontinued), for which data were available from only a small number of participants.

In mitigation, the authors defended their decision to change the outcome measures, and they reported the originally-registered outcome measures anyway; and high dropout rates are unfortunately common for all alcoholism treatments.

The next step is to investigate how gabapentin (particularly the high dose) compares to medications that are currently licensed for alcohol dependence, such as acamprosate and naltrexone (discussed here by the Mental Elf). One previous trial did test the combination of naltrexone and gabapentin, but did not compare the two medications with each other. It is also notable that although the participants in the present study were alcohol-dependent, none of them required detoxification, which means that they were not severely physically dependent. It is important to find out if the drug is useful in more severely dependent alcoholics. The authors argue that more doctors may be willing to prescribe gabapentin for their alcohol-dependent patients, given that they probably already prescribe the drug for patients with other conditions, and the same cannot be said for acamprosate or naltrexone. Gabapentin is off-patent, so it may take longer for it to be licensed for alcohol dependence

As noted in an enthusiastic commentary on the paper that appeared in the same issue of the journal, the drug is off-patent which means that it would be very cheap to prescribe. Unfortunately this also means that pharmaceutical firms have no financial incentive to get the drug licensed for the treatment of alcohol dependence, and government support would be needed to make this happen.

To end on a note of caution: it is important to identify new treatments for alcohol dependence, including new medications, because the disorder is notoriously difficult to treat and it is desirable for clinicians and patients to have a choice of different treatments. However like all other treatments, gabapentin is unlikely to be a panacea: more than 80% of participants who received the high dose of gabapentin were still drinking at the end of this trial. When you turn the results on their head in this way, the reported odds ratio of 4.8 starts to look a little less impressive.