Home » Posts » Publication types » randomised controlled trial » If I pay you, will you have your injection? 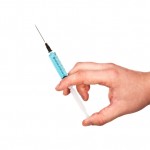 Getting patients to take their medication as prescribed is notoriously difficult. Regardless of condition only about 50% of patients adhere to prescribed regimes. This is particularly the case in chronic or complex conditions worldwide and improving this problem has the potential to save considerable health burden and costs.

Adherence in mental health is no different. Previous attempts to improve adherence to anti-psychotic medications have been fairly limited. However, it is widely know that paying people to take their medication has been both clinically and cost effective, if not controversial in a number of other health conditions.

The authors aimed to establish if paying patients to receive their depot medication (a long lasting injection) would lead to better outcomes.

A cluster randomised controlled trial of patients with schizophrenia who adhered to less than 75% of their injections in the last 4 months. The study only included patients who wanted to take their medication, rather than those who didn’t want to. One intervention group received an additional £15 per injection. A large number of clinical teams were recruited, these were stratified before block randomisation.

The primary outcome was the percentage of depot injections given over 12 months. A range of secondary outcomes were included percentage of adherence >95%, clinical symptoms and quality of life. Offering modest financial incentives to patients with psychotic disorders is an effective method for improving adherence to maintenance treatment with anti-psychotics.

Paying people to take their treatment is one potential intervention which could improve adherence to prescribed medications. This potentially could save the NHS considerable money but only if increased adherence reduced relapse and hospital admissions. In this study these were low frequency events. Simply paying individuals to do as they are told may not be the answer; it potentially leads to blindly obeying doctor’s orders, and limits an individual’s ability to make an informed choice about their own health.

That participants reported an increase of quality of life, could have been due to many factors, gaining extra income is probably most significant of these.