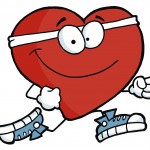 Chronic diseases and depression often go hand in hand. There is a growing evidence-base that shows how exercise can help reduce depressive symptoms in people with chronic illness and it’s encouraging to see a steady stream of primary research being published in this area.

A new ancillary study published in JAMA examines the effect that aerobic exercise has on depression in people with chronic heart failure. This work builds on an existing randomised controlled trial (the HF-ACTION trial) published back in 2009.

The researchers randomised 2,322 stable patients treated for heart failure at 82 centres in the US, Canada and France. Patients were included if they had:

28% of the participants had clinically significant depression at baseline.

The study participants were randomised to one of two treatment arms:

Outcomes of interest were measured at 3 months and 12 months:

Compared with guideline-based usual care, exercise training resulted in a modest reduction in depressive symptoms, although the clinical significance of this improvement is unknown.

This new research adds to what we already know about treating depression with exercise in chronic disease. Depression is common in people who experience heart failure and unfortunately low mood often reduces the likelihood of people exercising. Future research that helps to improve methods for exercise adherence is badly needed.

Studies in this area tend not to focus on real-life populations (most of the study participants are often young white men with systolic heart failure). We will need to see results such as these (and better) in a population of older people (including women) with some of the comorbidities that are typically seen, before we can say for sure that exercise is an effective intervention for reducing depression in people with heart failure.

It will also be interesting to see additional research that focuses on the place where exercise happens and the relative impact that the method of delivery has on depression. Clearly, home-based exercise interventions will be far cheaper and more popular with patients.