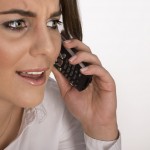 Despite this, there are not many longitudinal studies that follow a group of women over a period of time and assess what interventions work best to reduce the risk of these mental health problems.

They took a population of 827 women; all victims of non-sexual IPA by a male adult offender. Allocation was unconcealed and only 236 women were enrolled in the study.

The women were randomised to one of two interventions:

This is one of the first studies to examine community-based outreach in the context of an interdisciplinary community coordinated response to police-reported IPA. The findings suggest that community-based outreach by victim advocates results in decreased distress levels, greater readiness to leave abusive relationships, and greater perceived helpfulness of services relative to system-based referrals.

There are a few issues with this RCT. The allocation was unconcealed and the researchers who assessed outcomes were not blinded to which treatment the patients had received. Of course, the patients themselves could not be blinded to their intervention. Follow-up was reasonable though.

We know that the level of abuse suffered by women can determine whether or not they contact the police to report the crime, so the findings of this research may not always be easily applied to real-world scenarios.

Overall, this is an important piece of research that adds significantly to this complex area.