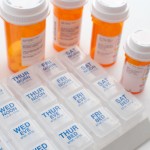 When two interventions are demonstrably equivalent in terms of clinical outcomes, it is unclear which should be provided. One obvious decision rule in this case is to implement the intervention that is least costly and therefore most cost-effective. A recent economic evaluation by Patel and colleagues estimates the cost-effectiveness of adherence therapy for people with schizophrenia, compared with simple health education.

Non-adherence rates are high for prescribed antipsychotics, and relapse rates for people with schizophrenia have been shown to be five times greater for non-adherent patients. Some evidence supports the presence of a weak positive effect of adherence therapy on adherence rates. However, a 2006 study by Gray et al showed no benefit of adherence therapy, compared with health education, in terms of quality of life. This new study by Patel et al reports on an economic evaluation of this trial. The analysis adopted the net benefit approach of economic evaluation and costs were analysed from a health service perspective and a societal perspective. The cost of the interventions was recorded by using case notes and study proformas and attaching national unit costs to staff time and service use. Patient-reported service and resource use was collected every 3 months using a tailored version of the Client Sociodemographic & Service Receipt Inventory (CSSRI-EU). The primary outcome of the evaluation was quality-adjusted life years (QALYs). This was captured at baseline and at one year follow-up using both the SF-36 and EQ-5D instruments.

Though the original study had already demonstrated the equivalence of clinical outcomes for adherence therapy and health eduction, this study adopted a decision-making perspective; identifying the intervention that maximises expected net benefit. However, it was not clear which intervention would maximise net benefit.

The authors highlight the possibility that, in some cases, one intervention may be demonstrably more cost-effective than the other. Different settings (e.g. different countries) may be able to provide therapy at a lower cost, for example. Furthermore, because a control intervention was used, it is not clear from this study whether or not adherence therapy is more cost-effective than treatment as usual. While the cost of both interventions was low, the study identifies the high societal cost of schizophrenia patients

The low cost of the interventions means that the results are largely driven by other costs; the intervention costs representing less than 1% of the total societal costs incurred in each group. Use of inpatient services alone averaged €7411 and €6976 in the intervention and control groups respectively.

The study is linked to a trial that was completed and published in 2006, but the original study did not report cost-effectiveness estimates. Though the results of this analysis are not definitive, the study demonstrates the potential value of carrying out post hoc economic evaluations of trialled interventions.