Home » Posts » Publication types » qualitative » What do advocates think of their professional roles? 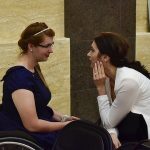 Advocacy has changed in many respects over the last few decades, but in other ways it remains remarkably consistent. The consistency of its aims; to be independent, to give people a ‘voice’ and to enable them to be ‘heard’, have stood the test of time.

Greater changes have occurred beyond advocacy; among professionals, for example, who used to see their role as advocacy, and in the courts and other decision-making fora who now are more welcoming to advocacy. And primarily in relation to governments who have invented advocacy, and given it as a matter of right. This last point needs to be qualified of course as rights to advocacy can be a bit theoretical and get caught up in various rules and thresholds.

Nonetheless advocacy is something that people working in social care will encounter and this new qualitative study tells us something about what advocates think about their jobs (Sherwood-Johnson, 2016). 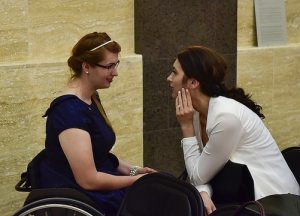 Professional and advocacy roles are evolving.

This article reports on semi-structured interviews with 20 managers and advocates working for 6 advocacy providers in Scotland.

The interviews were taken as part of a larger study of independent advocacy by the author. We are not told much about the methods, but evidently some were interviewed alone and some in groups. We don’t know if the interviews were audio-recorded or how they were analysed. We also don’t know much about the people interviewed, their professional background, for example, their age, gender or ethnicity. We are told that some worked with different user groups and that the advocacy organisations covered different areas. We are not told when the interviews took place. 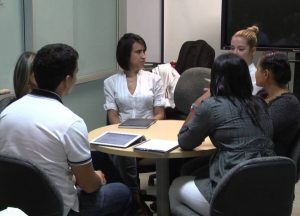 The researchers interviewed advocates and managers individually and in groups.

Fiona Sherwood-Johnson sets the idea of advocacy in its Scottish context especially in respect of adult protection. As she notes, Scottish legislation can be seen as a ‘trio’ of laws concerning adults who face particular risks and/or vulnerabilities. While the Adult Support and Protection (Scotland) Act (ASPSA) 2007 is well known in adult safeguarding circles, other relevant legislation are the Mental Health (Care and Treatment)(Scotland) Act 2003 and the Adults with Incapacity (Scotland) Act 2000, both of which give some entitlements to advocacy. ASPSA prompted greater demand for advocacy services in Scotland and several advocacy providers now offer services under a contract with local authorities (some covering more than one authority).

Her interviews with advocates and their managers address a gap in the literature about what they think of their role and how it operates in this new climate.  They were asked about their relationships with those commissioning their services and with frontline professionals who they encounter in their case work, either in briefing them about the case or in situations where the advocate speaks up on behalf of someone or enables their views to be heard, or as they also explained, helps the person understand what is going on, what their options are, and what has been discussed or decided.

Sherwood-Johnson asked the advocates and their managers about their roles. Not surprisingly they reported a range of roles, importantly a role of providing support to their client (in advocacy services this is often referred to as the ‘partner’). In adult protection work this could be in meetings or in case conferences.  It helped if the others attending were clear about what advocates did and were positive about their involvement.

Problems sometimes arose in making the most of independent advocacy if the advocate was commissioned or appointed rather late in the day; since this meant it was hard to build up a relation with their partner and to prepare properly for any meeting. If something cropped up suddenly it was much easier for the advocacy to assist if they had built up some trust and knew the partner beforehand. The advocates were aware that professionals working in adult protection services sometimes had to work to timescales.  There were also some difficulties reported in getting hold of some information, but the advocates acknowledged that their rights to information depended on what their partner wanted to give. Overall there seemed to be a view that the attitudes of professionals working in statutory services about the use of advocacy was a key influence on how any advocate was supported in their role and whether they could do their job. The advocates generally hoped that adult protection professionals would see advocacy as complementary to their work.

The interviews with managers seemed to be particularly helpful in giving insight into the strategic use of advocacy but also the more practical matters such as the terms of the contract with the advocacy provider and also how such contracts were awarded – increasingly  through competition.  There was suggestion by some that the terms of such contracts could be becoming unduly prescriptive in the number of contacts funded, for example, or a concentration on ‘crisis work’.

Finally Sherwood-Johnson draws attention to the evolution of advocacy as it is becoming closely associated with statutory processes. This may be changing the nature of advocacy and will likely affect the people who wish to act in this role in terms of the skills they need and the relationships they build up with other professionals. 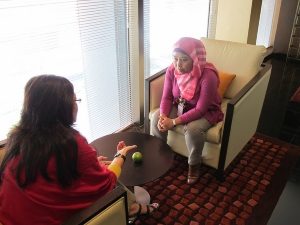 Attitudes of professionals are a key influence on the success of advocacy.

This paper offers a useful exploration of the views of advocates and their managers in the Scottish context. Its strength lies in the reasonable numbers interviewed (it would have been helpful to know if data were ‘saturated’ that is, did the same things keep getting mentioned after a number of interviews?). It is also well-contextualised in the context of Scottish adult protection and other legislation, and some ideas about relevance to advocacy more widely are canvassed. More about the advocates would have been useful as we don’t know much about who goes into this work, and in particular, into managerial positions.

Insights ‘inside’ the advocacy role are one of the highlights of this article. Advocacy has changed in many respects and it is probably useful for professionals who encounter advocates to know a bit about what they are thinking of them.