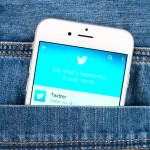 People increasingly use the Internet to find out and talk about their health issues. Through blogging and social media platforms such as Twitter, people are finding ways to express their views, share their experiences and communicate with others who have the same condition.

Research has been slow to capture this impact though, and in-depth studies of digital health use (such as hashtag discussions about health issues on Twitter) is rare. 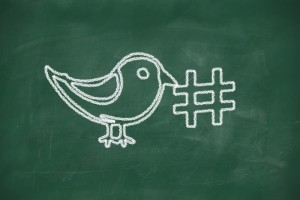 Twitter hashtags are used to mark keywords or phrases in tweets, and make it easy to search for all messages on a single topic.

Other categories were recognised but excluded from further analysis:

The authors say they didn’t access this material “to maintain confidentiality”, though it’s not clear to me how using blog material differs from using tweets if you’re adopting an approach of anonymising the data extracted. 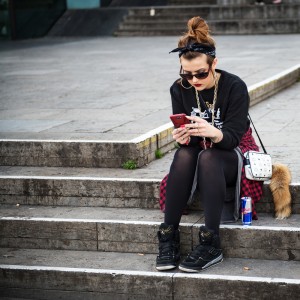 Many of the studied tweets related to the impact of diagnosis on personal identity and as a facilitator for accessing care.

The authors themselves note that the actual themes that emerged are already quite well documented in the academic literature. They focus instead on the implications in terms of our understanding of the role of social media, stating:

[the themes] represent the potential of social media platforms to allow discussion, reflection and sharing of experience by participants within the space provided.

The authors comment that it’s unknown whether such online conversations encourage change in opinions (noting that in social media networks people tend to connect with people who share, rather than challenge, their views), and separately discuss the potential for such platforms to allow direct feedback between service users and health professionals (although noting it’s not currently clear how this can best be achieved and how to do so in a way that’s acceptable).

For me, the interesting question would be in the middle of those points; do discussions such as these prompt any changes in health professionals’ views? 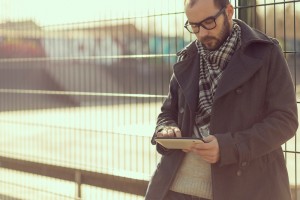 The research was not able to study behaviour change on the part of the service users engaged in tweeting.

I think reducing the accounts to static data rather than looking at interactions (indirect, through favourites and retweets, and direct responses or conversation trails) misses a trick, and robs the data of its potential richness. I accept however that this kind of analysis is more complex. Perhaps something like social network analysis would be useful?

The decision also to exclude ‘external’ material such as blogs I think misses out on the depth and breadth of content that a discussion such as this encompasses. I think this perhaps shows that currently we don’t know what the best tools are for exploring the impact of platforms such as Twitter. I think content analysis will be part of this, but it isn’t sufficient on it’s own.

Similarly, the decision to anonymise the data completely also means we don’t get a sense of who was contributing what to the discussion. Were both professionals and service users tweeting on the tag for example? Were there patterns of themes, or did users tweet across multiple themes (an interesting one would be if users who criticised services also tweeted “Thanks”.) The themes that emerged are ones that we are already aware of in the academic literature, so is the issue about who is expressing those themes rather than the themes themselves? The decision to make the data anonymous is described in terms of ethics, which is my next issue…

This is a personal view, but I’m somewhat uncomfortable with the ‘assumed ethics’ of using Twitter data without consulting the producers of that data in some way. The authors rightly point out that Twitter is a public platform, so there is an implicit consent given, and that its terms and conditions technically permit scraping data in this way. Other researchers have argued it’s wrong not to use this resource (though I find the “greater good” arguments a bit dubious myself.) The approach seems to be that as long as personal details, such as usernames, are removed, then it’s OK both to extract data for research purposes and to publish it. I’d point out though that you can search back to the original post and see who wrote the tweet so it isn’t quite that straightforward. This also doesn’t quite help us with the issue of whether we can collect those responses as data in the first place. We don’t tend to let researchers go sit in public spaces like a café and record people without their knowledge.

I’d take a different tack with this though (one inspired by my own discussions with a tweeting service user, @Sectioned_, about this very issue). We’re treating the tweets as if they were data we’d gathered from other methods (such as interview studies) and following the same principles of trying to anonymise the data in order to report it. But Twitter isn’t like those studies; it’s a microblogging site. If we think of tweets as a blog, think for a moment how you would feel if someone reproduced something you’d written, but removed any acknowledgement that you were the source. As a blogger myself, I wouldn’t ever claim that people don’t have the right to access and even reproduce material that I have put out into the public sphere, but I’d expect some acknowledgement, and with it the opportunity to express whether I agree with how they’ve interpreted what I’ve said; a right to reply. This requires a shift of thinking though, away from what our obligations are regarding the data, to our obligations to the people who produce it, beyond our usual standards of protecting anonymity. It’s a brave new world indeed… 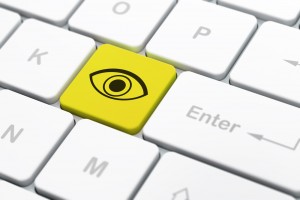 Researchers active in this field must grapple with complex and sometimes contradictory ethical demands.

Last reply was April 4, 2015
Try out our members features!