Home » Posts » Publication types » mixed methods » End-of-life care with dementia: one size does not fit all 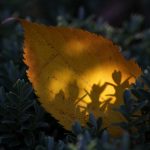 This study saw value in collecting subjective views about an area of practice that it is generally agreed needs improvement. This article presents its findings.

The research team used Q-methodology, which is a four-stage approach combining qualitative and quantitative data collection and analysis.

Stage 1 involved searching the literature about dementia care and end-of-life/palliative care, including media outlets and dementia organisations’ websites. This stage also included analysis of interview transcripts undertaken with national experts in dementia. The process is described as concourse generation – with the aim of getting as wide a range of views or suggestions as possible. A total of 102 items emerged.

The second stage condensed these items into eight domains and developed a group of statements to cover them. These statements were tested with lay people (public and patient groups) using the ‘first person’ (e.g. ‘I should be cared for with compassion’) with people with mild dementia and the ‘third person’ for carers. What is called a Q-set was generated of 24 statements that seemed to cover outcomes and indicators of good quality care.

Stage 3 is termed administering the Q-sort, presenting participants with each statement and asking them to sort them into most, quite, and least important – and then to rank them in order of importance.

The last stage is data analysis – by computer – to establish what factors are deemed important and by whom; and to help think about possible implications of these preferences. 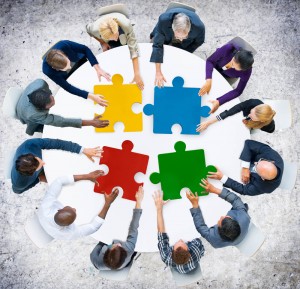 The research team used Q-methodology, which is a four-stage approach combining qualitative and quantitative data collection and analysis.

Fifty seven participants took part in this study – 14 people who had mild dementia, 21 family carers and 22 carers who had been bereaved (we are not told about the views of the dementia experts).

The key finding is that there were distinct views about what is important in end of life care for people with dementia.

Four sets of views emerged and some people felt differently about them:

Participants seemed to value compassion above all. Despite the variation in views compassion was valued in each of the different four domains reported above. This is an important finding for practitioners but also for services.

In contrast, there was not much agreement that important medical decisions should be left to healthcare staff; some people thought that this was not important but some disagreed with it considerably.

Most people thought that family members should have some say in decisions, not just healthcare staff, but some were content that the best care would likely be in a care home. Many statements were agreed by some people but not by others; these included planning ahead, who is responsible for taking decisions, and moving to a care home or not.

The researchers concluded that ‘one size does not fit all’ in end-of-life care for people with dementia. While this may be implicitly understood by practitioners, the research provides an evidence base that people with mild dementia think about things differently and so do carers. Guidelines which suggest practitioners follow rather uniform pathways or set approaches should make it clear that practitioners can use them flexibly or do individual tailoring. They are protocols, not commandments. 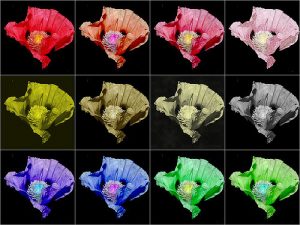 Although the study identified important themes, there was a lot of variation in what was important to particular people.

The authors acknowledge that Q methodology is complex and some readers may think that it is over-elaborate. However, the researchers suggest that it is well suited to exploring sensitive topics, and can help with interpreting expressed preferences. They acknowledge that study participants may not be totally representative, especially since those people with dementia had mild symptoms which may influence priorities or values. It is also the case that by including so many carers and former carers then the importance of family may have been especially high – not everyone with dementia has a carer and contact with relatives may be modest.

A recent editorial by van der Steen and Goodman (2016) made a good case for identifying things that don’t need to be researched anymore in dementia and end-of-life care, as we have enough evidence already. This cannot be said about this subject from the views of people with dementia. It highlights that difficult conversations are not just confined to times of diagnosis but when talking about end of life. Conversations that are honest and open may help in making advance care plans according to Hill and her colleagues; although they report that some people don’t want to do much planning. Their research shows us that there are likely to be different views at the start of any conversations; while these are important in clinical encounters they are hugely relevant to social care.

van der Steen, J. and Goodman, C (2016) What research we no longer need in neurodegenerative disease at the end of life: The case of research in dementia, Palliative Medicine, 29(3) 189-192.