Home » Posts » Publication types » cohort study » Benzodiazepines and Z drugs may increase the risk of death and cancer, according to new cohort study 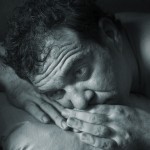 The prescribing of benzodiazepines and ‘Z drugs’ in general practice in England has stayed pretty consistent or increased slightly over the last 5 years, despite safety warnings about the risks of these drugs.

I blogged about this back in May last year when the Department of Health highlighted two new studies by National Addiction Centre and National Treatment Agency for Substance Misuse, which expressed concerns about the potential addiction to these medicines.

A large US observational study has now been published that shows an increased risk of death and cancer is associated with use of hypnotics, even in relatively small doses.

The study used a one-to-two matched cohort design; using a large database to identify patients who were prescribed hynoptics for insomnia and survived for 3 months or longer. Over 10,000 patients who received hynoptics were followed up for 2.5 years and matched with over 20,000 people who had no hynoptics.

Records were examined to see how many people subsequently died or were diagnosed with a major cancer. Data were adjusted for age, gender, smoking, body mass index, ethnicity, marital status, alcohol use and prior cancer. Multiple strategies were used to address confounding by health status.

This kind of observational study design cannot prove that hypnotics increase the risk of death and cancer, but the dose-response relationship that is seen is another reason to exercise caution when considering prescribing hypnotics.

Prescribers should once again take note that benzodiazepine hypnotics should be used only if insomnia is severe, disabling or causing the patient extreme distress. The lowest dose possible should be used to control symptoms, for a maximum of 4 weeks and intermittently if possible.