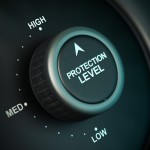 As forest-dwelling creatures, elves know the importance of effective organisation and structure of their camp. The question is, how is this best achieved – should all elves be able to light the camp fire or is it more effective to rely on specialist firelighters? And what sort of relationships should they have with the pixies to ensure harmony in the woods? Such important questions are explored in a different context here – that of adult safeguarding.

Adult safeguarding is identified as a core part of social work practice. It has evolved over time, from the scandals of the 1960s that raised awareness of the issue of adult abuse through to No Secrets which talked about the protection of vulnerable adults. The new Care Act 2014:

This paper aims to find out how developments in policy are reflected in practice by asking how service responses are organised for safeguarding, and whether particular models of safeguarding are linked to outcomes.

It does so by reporting on a ‘narrative synthesis’ of the literature, and is part of a large study investigating adults safeguarding policy and practice in England. Narrative synthesis is described as an approach that integrates lots of different types of evidence in different themes. Qualitative evidence is seen as particularly important, as it explains ‘how’ and ‘why’ things are done. Should we have specialists to undertake important tasks like lighting a campfire, or safeguarding adults?

An initial search specifically for models drew a bit of a blank, so the search terms were broadened. Literature between 2000 (when the seminal policy document No Secrets was published) and 2013 was searched. Literature around elder abuse was found to be more prevalent than for other groups, with corresponds to a greater proportion of referrals (60% in 2012-13) for this group.

The selection process for literature is clearly outlined, with 162 full text papers being retrieved. Of those, 16 were deemed to have relevance to the research question, e.g. exploring the organisation of safeguarding practice. All four researchers read each of the sixteen papers, which lessened the possibility of missing themes or important information. Safeguarding as a concept has been described as elastic, adapting to different people’s thresholds.

The results of the analysis showed that decision-making and thresholds, and multiagency working were critical areas. The experience and outcomes of people who use services were also picked out as themes.

So is it better to have specialist safeguarding (or firelighting) practitioners, or should everyone play a part? This theme emerged frequently in the reviewed literature, though no studies focussed on it specifically. Numerous approaches are described, from Adult Protection Coordinator (APC) roles (which can be ill-defined so could vary between strategic and operational remits), to teams of safeguarding specialists, to safeguarding being integrated into case management.

APCs were found to increase the chances of ‘good’ outcomes such as confirming abuse, joint working, and post-abuse work – however the evidence on whether specialism leads to better outcomes than generalism in safeguarding is currently inconclusive.

What sort of processes exist for safeguarding adults? The paper notes that most processes mirror the guidance available at the time (No Secrets, 2000) encompassing a timeline of alert, referral, potentially leading to an investigation, case conference safeguarding plan and monitoring. Again, specialist teams are noted as having pros (objectivity, connecting events, clear leadership) as well as cons (lack of continuity, potential conflict with other teams, deskilling other workers).

Decision making and thresholds for action is another main theme emerging in the paper. Safeguarding is described as an ‘elastic’ concept, with thresholds depending on the referrer. Factors affecting decisions about what is considered as harm/ abuse and worth pursuing through safeguarding include:

Perhaps unsurprisingly, good multiagency working has been found to lead to better outcomes of safeguarding investigations. The challenges of multiagency working are highlighted as one of definition, lack of resources, poor communication and lack of clarity over roles and responsibilities.

The authors note that the Care Act guidance may assist multiagency working by placing a duty to engage on statutory agencies. Co-location is suggested as a way to aid multiagency working (e.g. through a Multi- Agency Safeguarding Hub (MASH)), although not everyone shares this view.

The final theme is the question of what safeguarding is meant to lead to – its outcome. Measures of this include:

Again, the paper notes that the APC role was associated with better outcomes in relation to these metrics. Seeing the wood for the trees – is safeguarding research asking the right questions?

The implications of specialism have not been extensively explored. However, several important characteristics of safeguarding practice are identifiable from the literature including specialism within the organisation of adult safeguarding; decision-making and thresholds for safeguarding response; and multi-agency working.

The authors note limitations of the study as being an exclusion of non-English language papers, and a lack of inclusion of research studies, due to a lack of such research being carried out. They note that only one study looked specifically at models of safeguarding organisation.

A further limitation not of this paper, but generally for the application of the research to practice, is the changing policy context. The inclusion of a Making Safeguarding Personal (MSP) approach in the Care Act guidance may impact on numerous aspects of how safeguarding is carried out, not least by enabling practitioners to focus less on process and more on individuals’ wishes following an instance of abuse.

Early evidence from MSP (e.g. Lawson, Lewis and Williams 2014) suggests that relationships and involving people from the beginning are more important to people than process is, and this may act as a useful new focus for research – a perspective also picked up on in the review (Ash, 2013).

It could be argued that previous research has been driven by policy and practice rather than by an ambition to elucidate how services can lead to better experiences and outcomes for people. This review raises the question – has previous research missed the point of safeguarding – i.e. is anyone better off afterwards? Part of this may be down to the fallacy of ‘what’s measured, matters’ – it is easy to measure whether abuse is substantiated or not and much more difficult to measure if safeguarding improved the wellbeing and safety of the person concerned.

The MSP approach, which involves asking the person who has experienced harm about what they would like to happen, may ameliorate the issues raised above by focusing practitioners on the person and the outcomes they want. This change in practice may also support researchers to answer the more difficult questions around how effective, inclusive safeguarding can be achieved.