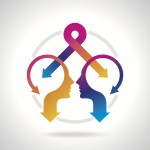 Despite the growth in psychosocial interventions for people with psychosis (specifically cognitive behavioural therapy and family interventions), antipsychotic medication remains the mainstay of treatment.

Antipsychotics can lead to reductions in positive psychotic symptoms (such as auditory hallucinations), are less helpful with “negative symptoms” such as lack of motivation and apathy, and come with a whole range of unpleasant, distressing and in some rare cases, life threatening side-effects.

The older “typical” antipsychotics (such as chlorpromazine) induce a Parkinson’s disease-like movement disorder which is highly distressing and visibly stigmatising.  The newer “atypical” antipsychotics were hailed as marvel drugs that didn’t give movement disorders. However, what has emerged is that they are associated with significant weight gain and the epidemic of type 2 diabetes in people with psychotic illnesses.  In addition, antipsychotics raise prolactin levels in the body that can cause sexual dysfunction. The benefits of taking antipsychotics must outweigh the negative aspects in order for someone to be motivated and engaged with continued use. The roots of collaborative practice

The idea of collaborative practice in prescribing psychiatric medication has been around for many years and developed with the emergence of “compliance therapy” in the 1990s (Kemp and David, 1996), which recognised the importance of dialogue around medication beliefs and choices, and attempted to see prescribing decisions and medicines management as a collaborative process between prescriber and service user.  This was developed into a manualised intervention that mental health practitioners could be trained to deliver, known as Medication Management (Gray, 2004), which had shared decision-making at it’s core.

In psychiatry, medicine adherence is still seen as fundamental to effective risk management, and when people refuse or stop taking their antipsychotics, the mental health care team may become concerned about relapse of symptoms and the risk of harm to self or others.  Therefore, non-adherence can lead to service users being coerced into taking medication, via the Mental Health Act 2007, if there is such a risk of harm.

This study aimed to explore the attitudes of psychiatrists towards decision making in prescribing, and use this increased understanding of current practice and the barriers that may exist to inform and improve future practice. In shared decision making the aim should be to develop through dialogue, a mutually agreeable explanation of the problems experienced, and agreement on the way forward to help with these problems

This study chose a qualitative design to answer the question.

Psychiatrists were purposively sampled across an urban mental health service in the North of England.  They attempted to obtain a group of participants that reflected a range of clinical backgrounds, and length of experience.  The only particular inclusion criteria was that they were currently holding a post as a consultant psychiatrist (in working age mental health services).

Individual interviews were conducted using a semi-structured schedule.  This included clinical experience, factors influencing the choice of antipsychotics, involvement of the service user in decisions, role of other professionals in the decision and a request for an illustrative case example to reflect the principles.

Interviews were recorded and transcribed line by line, with sections of text highlighted as reflecting decision-making processes and involvement of service users. Text was coded according to their description of the process. Themes were identified according to the framework of Charles et al.

Three main themes came out of the analysis:

The process of deliberation was described as ‘straightforward’ if the service user was in agreement with the psychiatrist’s own opinion.  The issue of ‘insight’ was raised and the psychiatrists suggested that disagreements about medication were partly down to a lack of insight and awareness into the service user’s own mental state.  The psychiatrists also presented insight as a binary concept that you either have or not.  However, insight is a difficult concept in psychiatry as what constitutes the reality of the situation is very subjective and depends on the person’s perspective.  In shared decision making the aim should be to develop through dialogue, a mutually agreeable explanation of the problems experienced, and agreement on the way forward to help with these problems. The role of insight in shared decision making warrants further exploration as the participants viewed it as a binary concept whereas insight has been shown to be a more fluid multi-dimensional concept.

This study provides some insight into the views and practices of a key group of clinicians involved in treatment decisions, specifically around antipsychotics. It raises important insights into the paradigm in which they are operating and highlights areas for further investigation.

The views of service users under their care were not obtained and so the study is only presenting one side of this issue.

Consultant psychiatrists are not the only professional group involved in making prescribing decisions and this study did not explore the role of more junior psychiatrists, pharmacists or mental health nurses in the decision making process, or in dialogues about choice of medication.

Psychiatrists agree that shared decision making is important, but in mental health this seems to be complicated by concerns regarding acute phases of illness, lack of insight and the service user’s ability to be able to be involved, and the view that psychiatrists need to step in and make decisions on their behalf in their best interests. It’s interesting that this approach is unique to mental health and that in other long term conditions, patient autonomy is not stripped away the minute someone disagrees with the treatment plan.

Perhaps with the increased empowerment of the service user movement and greater adoption of the recovery model, people with psychosis will be able to take more control. After all, antipsychotics have stigmatising, unpleasant and at times life threatening side effects. Surely we owe it to people to have more say in what they want to take, at what dose and for how long? Last reply was October 9, 2014
Try out our members features!