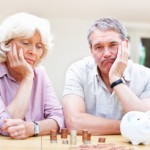 This cross sectional study uses data from the Health Survey for England to explore the relationship between poor mental health and low income.

The research team from Exeter University included 94,870 adults in the study (1997-2006) which used the 12-item General Health Questionnaire (GHQ-12) to assess happiness, symptoms of anxiety or depression and sleep disturbance in the previous 4 weeks.

Logistical regression was used to calculate the relative odds of mental health problems in men and women, within 10-year age groups and by age-specific household income. Analyses were adjusted for age, gender, education, occupation and social class, race/ethnicity, smoking and number of comorbidities in addition to self-reported mental health problems.

The outcomes measured were:

An increased prevalence of psychological distress, common mental disorder diagnoses and treatment in midlife is not a universal phenomenon but is found only in those in low-income households. This implies the phenomenon is not inevitable but is potentially manageable or preventable.

This kind of cross sectional study does not prove that low income is the cause of mental illness. We will need to see further longitudinal studies to be able to clarify this relationship, as well as whether the results truly indicate a midlife peak in mental health problems, rather than a period or cohort effect.