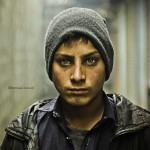 We know that associations exist between markers of lower social position (such as being unemployed, poor, poorly educated, or in worse jobs) and worse mental and physical health. There are also associations between these characteristics and committing crimes, including those involving violent acts. In particular, quite a few observational studies have identified a relationship between social status and antisocial behaviour in children.

According to NICE guidance on antisocial and conduct problems in children and young people, the prevalence of conduct disorders increases over childhood and is generally higher in boys. The guidance states that 7% of boys and 3% of girls aged 5 to 10 years have conduct disorders, while in children aged 11-16 years the proportion is 8% and 5% respectively (NICE, 2013).

Antisocial traits for the purposes of this study were defined as disruptive/aggressive behaviours such as breaking rules all the time or being physically aggressive. All these different patterns can be grouped together in the form of two separate sub-types of antisocial behaviour, which are conduct disorder (fighting, vandalism, lying) and oppositional defiant disorder (being disobedient, irritable, and stubborn). 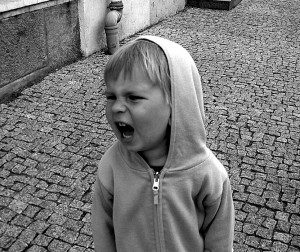 According to NICE, the prevalence of conduct disorders increases over childhood and is generally higher in boys.

This study (Piotrowska et al, 2015) examines survey data on nearly 8,000 British 5-16 year olds, to assess the ways in which income was related to different antisocial behaviour outcomes. The investigators on this study used data from the Mental Health of Children and Young People in Great Britain survey from 2004. The sampling frame was the complete list of addresses eligible for child benefit in Britain in 2004, of which 10,486 were approached for interview. In total, 7,977 responded to the interview and were included in the study, so the response proportion was 76% .

There is a strong relationship between income and antisocial behaviour, measured by diagnoses and by detailed behavioural questioning, based on this observational data from nearly just under 8,000 children. The shape of this relationship is non-linear; beneath a certain income, differences in income have limited impact on likelihood of antisocial behaviour.

The writers suggest that these non-linear effects could emphasize the importance of studying the full range of incomes in further research on these relationships, and explain discrepant findings, e.g. of little effects of income on these traits in more deprived samples (Keenan et al, 1994). These relationships pertain across the outcomes they studied in this paper. 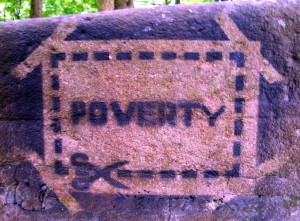 This study suggests there is a strong relationship between income and antisocial behaviour.

These are mathematical algebraic relationships based on a cross sectional survey, and are vulnerable to bias introduced by confounding. Residual confounding because of inaccurate measurement of income could be a problem. There probably are important differences in the natural history of different antisocial traits, suggesting that these different sub-groups should be studied in more detail. Interventions should target people on low incomes to bring them into the middle group where the relationship between antisocial behaviours and income is more linear. Some of these relationships could be due to differences in help-seeking behaviour among families both very rich and very poor, compared to those with middling incomes.

To sum up, this research number-crunches survey data to look at whether bad behaviours in children are correlated with family income, and whether the slope of this relationship was different at different income levels. Results are similar between different definitions/ways of measuring antisocial behaviour, and seem to suggest that the relationship is less strong at income extremes.

Because it was an observational study, the importance of this work lies in informing future studies, and guiding hypothesis testing for possibly more informative research, such as trials of school-based interventions. The authors suggest that research on this question should study the full range of incomes. Research should seek to understand how the different neurodevelopmental trajectories/genetic/biological aetiologies of antisocial behaviour might display different relationships with income; i.e. research should address and be sensitive to the likely heterogeneity of antisocial traits in young people.

To me these results suggest that understanding antisocial/behavioural problems in very poor families is complex, and likely relates to much more than just income. Perhaps clinical assessment of antisocial difficulties in people at extremes of income should pay particularly close attention to other social factors than income, like family structure/cultural/neighbourhood factors.

Moreover, it could be argued that children with antisocial behaviour from low-income families display greater unmet need, because their problems might be related to a lot more than just income. These questions clearly need information on the time points of income change, and the onset of antisocial behaviour, and greater detail on possible confounding variables. 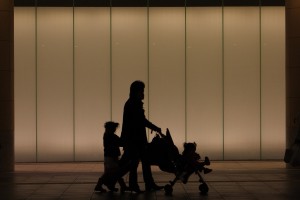 Clearly, antisocial behaviour is about more than income. Future research will also explore family structure and both cultural and neighbourhood factors.