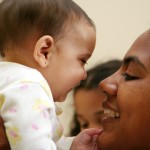 SIGN (Scottish Intercollegiate Guidelines Network) are the main producer of clinical practice guidelines in Scotland. They have produced a wide range of guidelines relevant to mental health over the years including publications on perinatal mood disorders and the non-pharmaceutical management of depression.

They have also been widely praised for their excellent mobile apps, the first of which won a number of awards last year. They are now following up on this success by creating a series of patient apps covering autism (out now), asthma and diabetes (both out soon).

This new patient booklet is based on the existing guideline on the management of perinatal mood disorders. It is aimed at women who are:

Mood disorders during pregnancy and after the birth of your baby: a booklet for women and their families (PDF). SIGN, April 2012.