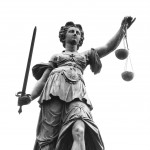 In England and Wales, the Mental Health Act (1983, revised 2007) allows for the detention of individuals to hospital for a period of assessment (Section 2) or treatment (Section 3) if it is deemed that they suffer with a mental disorder of a nature or degree sufficient to warrant admission to hospital and it is necessary for the health and safety of the person or others.

The application of mental health law is complex and the legal duties it implies also has important implications in relation to Human Rights Law (PDF). The role of mental health law with respect to risk posed toward others is particularly fraught with uncertainty and represents an ethical tension between the role of mental health services as providing hope and recovery based care, while managing the alleged risk that may be apparent as a result of the individual’s experience (Pouncey and Lukens 2010).

The link between psychotic experiences and violent offending are particularly prevalent in the public conscience. As is always the case however, the reality is far more complex with varying studies producing conflicting findings. The existence of mental health law continues to charge mental health professionals with the duty of considering the possibility of this risk however.

A new study, recently published in the American Journal of Psychiatry, looks to further explore the association between psychosis and violent offending by released prisoners (Keers et al 2014). The authors sought to explore three particular questions: The authors used a cohort study design to answer their questions. Male and female prisoners were identified who were serving a minimum 2 year tariff for sexual or violent offences. 1,717 participants entered the study and received a baseline assessment. 967 (56.3%) received a follow up assessment after a mean of 39.2 weeks [standard deviation 33, median 29.6]. Overall re-offending did not increase in those diagnosed with schizophrenia or delusional disorders. Unadjusted rates of re-offending appeared greater in the drug induced psychosis group, however on controlling for comorbid substance dependence this relationship became statistically non-significant.

The authors identified a relationship between those participants identified with a diagnosis of schizophrenia who received no form of treatment at any point and increased risk of reoffending: 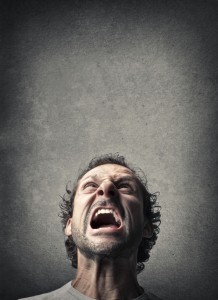 Symptoms at follow-up and violence

The results indicate that the emergence of persecutory delusions in untreated schizophrenia explains violent behavior. Maintaining psychiatric treatment after release can substantially reduce violent recidivism among prisoners with schizophrenia. Better screening and treatment of prisoners is therefore essential to prevent violence. This paper purports to demonstrate a statistically significant increased risk of violent re-offending in those with a diagnosis of schizophrenia in receipt of no form of treatment, when compared to those with no psychotic experiences or those with a diagnosis of schizophrenia receiving treatment either in prison, or continuing after release from prison. Interpretation of these results however is complicated by the manner of their presentation in the included results tables where there are numerous arithmetic errors:

In Table 2 when the various psychotic disorders are stratified into no treatment, prison based treatment and continued treatment the numbers of participants in these groups do not add up to the total number of participants with each diagnosis. For example 94 participants are said to have a diagnosis of schizophrenia, but adding up the values in each treatment strata by no violence and violence gives 8+8+16+6+40+13 = 91. There is no explanation in the text to account for this incomplete data representation.

It is difficult to know how to account for these errors – as they likely represent simple mistakes in the presentation. However it would be reassuring to see that they have not been incorporated into the analysis itself. The conclusions drawn within the body of the paper appear appropriate – commenting on the lack of simple relationship between psychosis and recidivism, then recommending that increased emphasis be placed on the identification and support of those with psychotic experiences in prison; suggesting that this may reduce the risk of future violent offending. They also draw attention to the limitations of their small sample size and call for further research to be completed.

This is the conclusion offered within the abstract:

This conclusion is stronger than that within the body of the paper and, I feel, perhaps a bit of a stretch as, for example, those receiving treatment in prison only, not continued in the community, were also not at increased risk of reoffending in this data set. The demonstration of persecutory delusions mediating violence is of interest, and has face validity, however again the small sample size means that this finding requires further exploration and replication.

The relationship between mental distress and violence is extremely complex and likely mediated by a range of factors. However, society, as shown through mental health law, expects mental health professionals to manage this small risk –  further research is therefore necessary to support the appropriate and compassionate care for some of the most vulnerable members of our society.