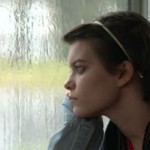 Large amounts of time, effort and money are pumped into strategies to reduce crime in the UK. The research that evaluates these strategies generally focuses on the amount of crime as an outcome, with reduced rates indicative of success. However the effects of crime, and fear of crime, on the health and well-being of the population are generally neglected within the outcome research.

Crime, particularly violent crime, such as assault, can obviously lead to direct effects on physical health. It has been suggested however that crime and the fear of crime can also impact negatively on mental health, physical health (due to limited activity) and social well-being (due to isolation or limited social cohesion).

The authors of the current review (Lorenc et al 2014) aimed to synthesise both quantitative and qualitative evidence on crime, fear of crime, the environment and impacts on health and well-being.

To identify evidence the authors searched 18 databases, checked reference lists, conducted internet searches and consulted with members of the research team and advisory group. They included 85 studies in the review; 47 in the quantitative and 39 in the qualitative review (1 study was included in both).

The studies selected for the quantitative review were mostly UK studies (n=36, 77%) and included one randomised controlled trial (RCT), 21 non-randomised controlled studies and 25 uncontrolled- before and after studies. Most studies only investigated fear of crime and not health and well-being outcomes. They were also generally rated as low quality (n = 34), and almost half (n=22) did not report any tests of statistical significance. As a result meta-analysis was not conducted, and instead the authors synthesised the studies narratively with the studies categorised into 7 types of intervention. CCTV was the least promising intervention at reducing fear of crime in this study.

With regards to the consequences of fear of crime on mental health, some participants reported less severe psychological impacts, however only a few participants reported experiencing serious psychological stress as a result of their fear. Those who did typically fell into one of two groups; victims of serious crimes and people who have a pre-existing mental health problem. Rather than mental health impacts, participants were more likely to discuss how fear of crime can limit their everyday activity, social interaction and physical activity; and also how it can affect the restrictions that parents place upon their children. Home security and improvements to public areas seemed to be the most promising interventions.

With regards to fear of crime, the evidence reviewed suggests that most of the interventions are not effective in reducing fear of crime. The evidence is of a fairly low standard; with large variation between the interventions tested, an overall absence of an adequate control group and often incomplete reporting of methods, particularly in relation to the sampling methods. To answer the question with more confidence the authors would need a number of well conducted, high quality RCTs. As only one RCT was found (and even this was only rated as medium quality), it would seem that the evidence is just not available.

there perhaps needs to be a broader recognition that reducing crime and reducing fear of crime may not go hand in hand, and may even conflict.