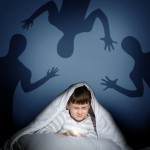 I was a terrible sleeper as a child. I remember lying awake on one particular occasion because I had read a book about space and thought that the sun might swallow up the earth.

I was intrigued then, when I was asked to review a paper for the Mental Elf about parasomnias and childhood psychotic experiences. I confess that I did not know what parasomnias were, but it turns out that they include nightmares, sleepwalking and night terrors: relatively common sleep problems or disorders.

A small literature exists that suggests that parasomnias may be associated with childhood psychotic experiences and perhaps also with psychosis in adulthood. Previous studies have been hampered by methodological limitations including small sample size, reliance on self-report measures and convenience samples.

Previous research has highlighted that non-clinical psychotic symptoms occur in a significant proportion of 12-year-olds and that these symptoms are associated with low IQ and also less strongly with a high IQ score (Horwood et al, 2008). The present paper (Fisher et al, 2013) used a large birth cohort to investigate whether common parasomnias were associated with psychotic experiences when children were 12 years old.

Fisher et al. used data from the Avon Longitudinal Study of Parents and Children (ALSPAC). This is a birth cohort study examining development, health, and disease more generally. 14,775 children made up the overall population of the ALSPAC study.

Analysis in the current study was based on the 6,796 children who completed the Psychosis-Like Symptoms Semi-Structured Interview (PLIKSi) at age 12 years. The PLIKSi instrument includes 12 core items that cover hallucinations, delusions and experience of thought interference over the period of six months prior to interview.

Predictor variables were sleep problems during pre-school or school. Mothers were asked specifically about:

Sleep problems at age 12 years old were assessed via interview with the child. The children were asked about nightmares, night terrors and sleepwalking during the 6 months prior to interview. Interviews were based on DSM-IV criteria for sleep disorders.

Binary logistic regression was used to examine whether persistence of nightmares or any of the specific parasomnias were associated with psychotic experiences at age 12. Those who did not complete the PLIKSi at age 12 tended to be “nonwhite boys born to single mothers of lower educational level from families living in rented properties”. The authors repeated the analysis with data weighted to account for this selective dropout. Results were not substantially different.

Persistent nightmares during preschool and school periods were associated with psychotic experiences at age 12.

No associations were found between other persistent sleep problems during childhood and psychotic experiences at age 12.

Reports of persistent nightmares during the preschool and school years were predictive of each type of parasomnia at age 12. 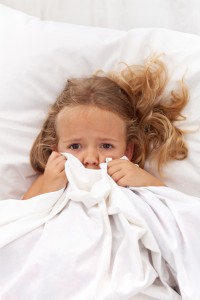 The authors of the study suggest that there may be several possible mechanisms that could explain the associations that they found between parasomnias and psychotic experiences. As a clinical psychologist I find (2) a particularly interesting hypothesis.

The authors note several limitations of the study including:

The authors’ criticisms of their own study are pretty exhaustive and in general I thought it was an interesting paper with some notable strengths. It is a fairly large prospective study and the authors seem to have kept an open mind in relation to the mechanisms underlying their results.

However, in their last paragraph they state that “the estimated population attributable fraction indicated that eliminating persistent nightmares might prevent 13% of children with psychotic experiences from developing them. This level of attributable fraction appears small but is considerable”. They state this a bit more tentatively in the next paragraph but I think that there is an assumption of causation here when only an association has been found.

I agree with the authors that it might be helpful to ask children experiencing parasomnias about the presence of psychotic experiences.

It would also be interesting to find out how many of these children are diagnosed with psychosis later in life.