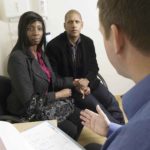 Diagnosing a psychiatric disorder or other type of illness can be influenced by many different factors. In clinical interactions between patients and clinicians, differences in age, gender, socioeconomic status, as well as ethnicity can cause barriers in communication, and this can also happen during the diagnostic process (Ayonrinde, 2003).

One example is people from South Asian minority ethnic groups who face barriers to receiving a dementia diagnosis. There is an increasing amount of evidence that shows how people from these groups can face barriers to care because of different perceptions and awareness levels of dementia, as well as stigma and culturally preferred coping strategies (Giebel et al, 2015; Mukadam et al, 2015).

Of course, it’s not just people from South Asia. There are many other ethnic groups where different illness perceptions and stigma can create a barrier to receiving a diagnosis (George et al, 2014). Because of these cultural differences, it is important that clinical interactions and the diagnostic process itself takes account of any differences and offers a fair and effective service to all.

For this reason, the Outline for Cultural Formulation (OCF) was set up as a framework to help clinicians identify how cultural differences can impact on illness and care. Whilst this framework is frequently used in clinical training and in raising cultural competence, its application in clinical practice and care seems to be more challenging. That’s why a subgroup of the Diagnostic and Statistical Manual of Mental Disorders 5 (DSM-5) has come up with the Cultural Formulation Interview (CFI). 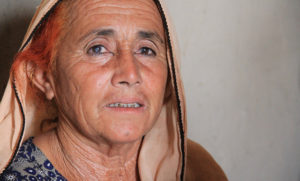 People from minority ethnic groups may face barriers to effective diagnosis and care.

The 14-item pilot version of the CFI was tested across six countries (USA, Canada, India, Kenya, The Netherlands, Peru). In total, participants were recruited from 11 psychiatric out-patient clinics, with at least 30 participants recruited from each site. This was done via opportunity sampling.

All clinicians collecting data as part of this study had received a 2-hour training session in administering the CFI. The Cultural Formulation Interview focuses on four cultural domains:

Participants were 16 years or older and had to be fluent in the language of the local clinicians. Patients were not eligible if they were suicidal or homicidal, substance abusing or withdrawing from substances, or lacked understanding of the study.

The quantitative data were analysed using a mix of different analyses, including Cronbach’s alpha to assess the internal consistency of the DIP and DIC; and linear mixed-effect modelling to assess for patient-clinician differences. The qualitative data were analysed by three researchers using deductive content analysis, focusing on codes for feasibility, acceptability, and utility. When 10% of the transcripts were compared for codes, an 80% inter-rater reliability was found.

A total of 318 patients participated in this study across six countries. The DIP showed high internal consistency for all three domains of feasibility, acceptability, and utility, whilst the DIC showed low internal consistency for feasibility and utility. Two items under feasibility and acceptability were found problematic due to their negative wording, so that both items were removed, resulting in higher Cronbach’s alpha ratings for those two domains.

The qualitative interviews supported the quantitative findings in that clinicians were concerned with the feasibility of the CFI, also due to the duration of the tool administration.  Both patients and clinicians thought the CFI was an acceptable tool that could elicit empathy and was person-centred, whilst some questions could cause upset in patients. The utility of the tool was the most positive aspect of the CFI, as patients and clinicians suggested the CFI was helpful in the diagnostic process and in treatment planning. 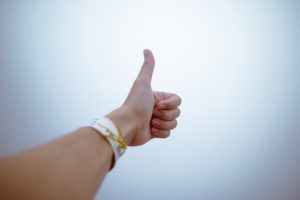 The CFI was found to be feasible, acceptable and useful, but clinician feasibility ratings were significantly lower than patient ratings.

Whilst this study benefits from international recruitment and thus increased representativeness, there are some regions that have been neglected in this assessment, namely the Asian continent. People from China might have different perceptions of the CFI compared to those from Kenya or the Netherlands, and there could have been a greater focus on third world countries in this assessment.

Another limitation is the low psychometric properties of the clinician ratings of the tool, suggesting further changes or tests should be conducted before the tool is employed in clinical practice across the world.

Furthermore, the amount of time it takes to administer the tool might be a limitation that could require making some changes, to ensure it is an easy-to-use and quick additional measure in clinical settings, where time is often sparse. 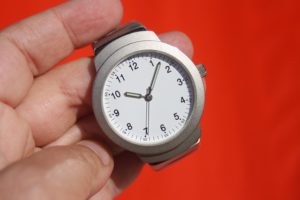 Clinicians expressed some concern that it might take too long to use the Cultural Formulation Interview in practice.