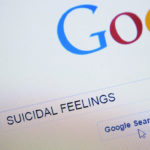 13 Reasons Why is an American-developed teen television series broadcast only on Netflix, and released on 31st March 2017. Based on a novel of the same name, the premise of the show is that there are 13 reasons why the adolescent female protagonist chose to end her life by suicide. These “reasons” are presented via audiotapes left for each of the 13 people that she holds at least partially responsible. The climax of the series is a three-minute sequence of the suicide act, which is depicted in graphic detail. The series was released in its entirety online, thus allowing viewers to “binge watch”.

Suicide in young people is of public health concern (Heron et al, 2016) and 13 Reasons Why needs to be considered within that frame of reference. It has been common knowledge for decades that irresponsible media reporting of suicide may trigger suicidal behaviour, especially in vulnerable people such as adolescents (Phillips, 1974; Niederkrotenthaler et al, 2010). The producers of this television series should have reasonably known about this relationship, and it would have been artistically possible to create a dramatic series about suicide within well-known guidelines that are globally available (WHO, 2008).

Two of the authors of this blog have already published a previous piece on the series (Cole-King & Kutcher, 2017) resulting from their concerns about the potentially needless negative impact of this series on vulnerable young people, and numerous reputable mental health organisations on both sides of the Atlantic and beyond have created resources to be used by schools, youths and parents in addressing any potential fallout (see for example: AFSP, 2017; IASP, 2017; NASP, 2017; Teenmentalhealth.org, 2017; Stolworthy J, 2017). The concerns are that the series:

Thus, it contains the very components that research has identified as leading to suicide contagion and increasing rates of suicide in young people. Personal reports provided to the authors of this blog from both the UK and Canada have noted increased numbers of young people seeking mental health care for suicide-related reasons following this series. However, published data addressing the impact of this series on suicide-related behaviour in young people has heretofore not been available. Last year, a report noted that ¼ of youth who died by suicide conducted a suicide-related internet search shortly before their death (NCISH, 2016). Therefore, Ayers et al. (2017) examined internet data about searches for suicide-related terms following the release of this popular television series, and JAMA Internal Medicine published it with an accompanying editorial (O’Brien et al, 2017). 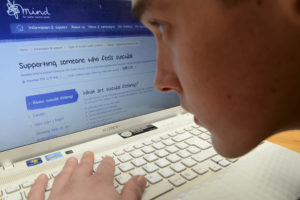 “About ¼ of youth who died by suicide conducted a suicide-related internet search shortly before their death” (NCISH, 2016)

The study authors examined American Google search data following the release of the series on 31st March 2017. They restricted themselves to a short period of time (19 days between 31st March and 18th April 2017), to avoid confounding from a widely-reported suicide of an American athlete that occurred on 19th April 2017.

They used Google Trends to obtain search trends including the term “suicide”. They gathered 20 terms in total, after assessing the top 25 search terms and the next 5 most related terms to these 25, and subsequently excluding duplicates and terms that they judged unrelated or unclear. The resulting number of suicide queries were divided by the total number of searches for each day (which the authors inferred from estimates (http://comscore.com)) and then scaled to range from 0 to 100.

Ayers et al. acknowledge that their approach was ‘quasiexperimental’ (i.e. it does not conform to a recognised research study type), comparing these actual suicide search volumes after the series release with the search volumes that would have been expected if the series had never been released. They estimated expected volumes using Hyndman and Khandakar’s autoregressive integrated moving average (ARIMA) algorithm, which analysed daily trends from 15th January 2017 to 30th March 2017, and used these to produce a forecast of future values. The authors compared, for both each day and for the total 19 days, the actual Google search volumes and predicted volumes using ratios with 95% confidence intervals (CI), using a specific statistical programme (R version 3.2.1 (R Foundation)). 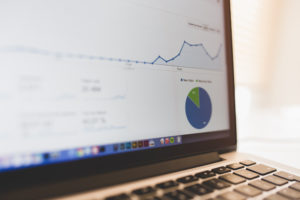 This study found that there were 900,000 to 1.5 million more (suicide-related) searches than would have been expected.

Ayers et al. conclude that 13 Reasons Why may have elevated suicide awareness, but it also appears to have been associated with increased suicidal ideation. We cannot be certain if this resulted in increased self-harm thoughts or acts at an individual level, but the data indicates that some of the increased searches involved studying of suicide methods.

Ayers et al. also recommend further research on the wider social impact of the series, including estimating changes in self-harm episodes or calls to national suicide hotlines. This data might be helpful to assist further examination of any potential cause and effect impact of the series, particularly as it relates to possible self-harm.

Ayers et al. and O’Brien et al. both state that the show does not follow the World Health Organisation’s media guidelines for preventing suicide (WHO 2008), i.e. not including scenes showing a suicide itself, as this can precipitate copying of means. O’Brien additionally proposes widespread screening and brief interventions for suicidal thoughts in all young people whenever they attend a primary care health provider, using tools designed for the purpose, as recommended by the American Academy of Pediatrics (Shain et al, 2016). 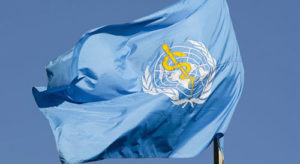 13 Reasons Why features a graphic depiction of a young woman taking her own life and therefore does not follow the WHO’s media guidelines for preventing suicide (WHO 2008).

There is social power and attendant social responsibility associated with the impact of media in the depiction of youth suicide, and as Ayers et al. and O’Brien et al. highlight, 13 Reasons Why falls woefully short, and Ayers et al‘s paper indicates that it may be endangering vulnerable young people. The strengths of the Ayers et al. paper include use of a validated analysis method and statistical programme, and a clear justification for timeframes used. However, the authors applied a novel analytic approach that requires further scientific validation.

We also support Ayers et al. recommendation for further research. However, we do not agree with the recommendation for routine screening of youth in primary care for suicidal thoughts (by O’Brien et al.). There is insubstantial evidence to support routine screening for depression in primary care (RANZCP, 2016; RCGP & Freer, 2016; Thombs et al, 2012), and there is no evidence that O’Brien et al’s recommendation is of value in decreasing suicide rates. The potential for false positive identification may be high with a concurrent increased burden on youth mental health services.

It is known that suicide risk assessment tools are largely inaccurate and do not offer predictive value (Bolton et al, 2015; Katz et al, 2017; Quinlivan et al, 2016) as such assessments are often focussed on population-level data, which do not transfer to accurate prediction at the individual level (Cole-King et al, 2013). Further, the absence of risk factors does not mean an absence of risk of suicide. For a variety of reasons (e.g. stigma, shame, fear, embarrassment) people may conceal or minimise their suicidal thoughts (Cole-King et al, 2017). Moreover, suicidal risk can vary over time. Thus, suicide risk assessment and management needs to be individually focused. 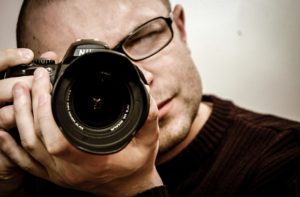 Suicide risk assessment and management needs to be individually focused.

WHO media guidelines on suicide reporting should be consistently followed by all forms of media (Arendt et al, 2017b), with objective input into programme development (including pre-testing) from experts and lay members with lived experience. Ayers et al. highlight the potential power of media aimed at young people, and when this is in the context of programmes that do not follow suicide prevention guidelines, there is fair concern that harm may result. Of course, producers of dramatic series will need to balance these public health considerations with potential profit and popularity.

Given the evidence, we do not agree with O’Brien et al. that routine screening of suicidal thoughts in young people is the solution. Other avenues that may have a greater impact on decreasing rates of suicide and suicide attempts in young people, such as understanding what suicidal ideation is, understanding when to reach out for help and to whom, and having the competencies to do so, should be considered.  And, high quality research into how to better prevent youth suicide is urgently needed. In the meantime, young people would benefit from a brief but effective safety plan appropriate to their age and needs. This will include how to communicate their concerns clearly to an appropriate safe adult, their own strategies and sources of support. 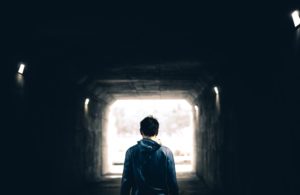 Young people would benefit from a brief but effective safety plan appropriate to their age and needs.

Dr Alys Cole-King is Director of Connecting with People and Open Mind Health.

Staying safe if you’re not sure life’s worth living

Online resource for anyone struggling to offer hope, compassion and practical ideas and suggestions including how to make a safety plan http://www.connectingwithpeople.org/StayingSafe

Poignant and compelling letters of hope and recovery written by people with lived experience to reach and help others who are struggling with some much needed hope http://connectingwithpeople.org/wspd16

American Foundation for Suicide Prevention (AFSP) (2017). Tips for parents for talking with their children about 13 Reasons Why and suicide. https://www.schoolcounselor.org/asca/media/asca/FactSheets/AFSP13Reasons.pdf. Accessed 29/8/17.

Cole-King A, Kutcher S (2016) A statement on the Netflix Series ‘13 Reasons Why’. http://www.connectingwithpeople.org/content/statement-netflix-series-13-reasons-why. Accessed 23/8/17.

National Confidential Inquiry into Suicide and Homicide by People with Mental Illness (NCISH) (2016). Suicide by children and young people in England. Manchester: University of Manchester.

Phillips DP (1974). The influence of suggestion on suicide: substantive and theoretical implications of the Werther effect. American Sociology Reviews 39 340– 54.

RCGP and Freer M (2016): The Mental Health Consultation (with a Young Person): A toolkit for GPs. June 2016. Obtainable from http://www.rcgp.org.uk/clinical-and-research/toolkits/mental-health-toolkit.aspx. Accessed 23/8/16.