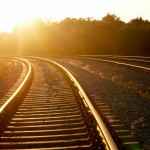 Around the world, certain places have gained notoriety as suicide hotspots. These places are often heights, such as bridges or cliffs, from which suicide by jumping is common.

Although not a major contributor to overall suicide rates, suicides by jumping are of particular concern due to their ability to cause distress or physical harm to bystanders, and due to the method’s high fatality rate. Because of this, structural interventions, such as barriers, are often installed or considered at jumping hotspots in order to attempt to physically prevent suicide attempts. Such interventions are often costly to build, and so proposed installation can be met with opposition, especially as there is a lack of clear information on the effectiveness of structural interventions in actually preventing suicides. The most common types of suicide hotspot are bridges, tall buildings and cliffs, railway tracks, and rural or secluded locations

Having searched through some databases and reference lists, the authors initially identified 194 articles on the research topic. To be included in the meta-analysis, studies needed to focus on the installation of structural interventions in preventing suicide and contain death rate data for both before and after the installation of interventions. Removing studies not meeting these criteria, duplicates and non-research papers left 11 articles in the meta-analysis, corresponding to only 9 research studies. These studies related to varied interventions, including putting barriers on bridges, installing safety nets or restricting road access to cliffs. Although jumping suicides do appear to have increased at sites without structural interventions, over all jump sites, the numbers of suicides were found to decrease by an average of 28% per year from expected rates, following intervention at hotspots.

Structural interventions at ‘hotspots’ avert suicide at these sites. Some increases in suicide are evident at neighbouring sites, but there is an overall gain in terms of a reduction in all suicides by jumping.

Although the conclusions drawn are supported by the data available in the paper, there are limitations of the analysis that should be considered: This study provides a useful starting point, but further research is needed before we can offer any conclusive answers on this topic