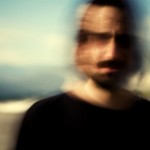 Every year in England and Wales, a suicide occurs in roughly one patient for every thousand in mental health treatment.

These numbers make it hard to research what mental health service providers can do to prevent further suicides, so it’s encouraging to see a new cross-sectional observational study published in the Lancet with funding from the National Patient Safety Agency.

The study set out to examine the uptake of key mental health service recommendations over time and to investigate the association between their implementation and suicide rates.

The researchers took 9 recommendations made in the National Confidential Inquiry into Suicide and Homicide by People in 2001 and assessed how they had been implemented in 91 Trusts in England and Wales.

They carried out a before-and-after analysis looking at people who killed themselves between 1997 and 2006 who were in contact with mental health services in the 12 months before death.

They compared the rates of suicide in different services who had implemented recommendations to varying degrees. The results were stratified for socioeconomic deprivation and the size of service provider.

Our findings suggest that aspects of provision of mental health services can affect suicide rates in clinical populations. Investigation of the relation between new initiatives and suicide could help to inform future suicide prevention efforts and improve safety for patients receiving mental health care.