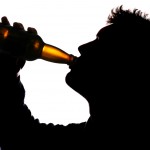 Alcohol misuse is common in people with mental health problems and the rates of drinking are particularly high in bipolar disorder. Studies show that the lifetime prevalence of substance use disorders is at least 40% in bipolar I patients (ref Cerullo et al).

Researchers from Newcastle University in the UK have conducted a systematic review to find out the self-reported reasons and motives for alcohol use in bipolar disorder, to try and understanding why people drink in excess and develop appropriate ways to help them.

The reviewers found 6 relevant studies from a search of Medline and PsychInfo and assessed the quality of the research using criteria they developed for this review. The quality of the included studies was limited, as the patients included in the different studies were quite different from one another and there were inconsistencies in the way the studies measured data.

Clearly this is not the most reliable of systematic reviews as the studies included are variable and there are a number of biases that could creep in when the reasons for drinking are self-reported. However, given the paucity of high quality evidence in this area, the results of this study are worth considering.

The review confirmed the widely held belief that many people with bipolar disorder self-medicate with alcohol, in an attempt to relieve distressing mood states. Furthermore, the researchers found that there were other reasons given for drinking – to enhance euphoric mood and just to be sociable.

The reviewers discuss their findings in the context of the self-medication hypothesis and cognitive motivational models of alcohol use.

Although implicitly alcohol use in patients with bipolar disorders is often been interpreted as evidence of a co-morbid alcohol use disorder or an inadequate coping pattern, it is essential to test this belief as a clinician. An adequate formulation has to consider that the motives to drink alcohol vary between patients with bipolar disorders and might also vary between mood states.

Last reply was October 7, 2011
Try out our members features!