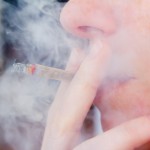 This well conducted prospective cohort study looks at the impact that cannabis use can have on the development of the brain over a 20 year period, from the teenage years to middle-age.

The research studied 1,037 people from New Zealand who are part of the Dunedin Multidisciplinary Health and Development study, which followed participants from birth in 1972/32 to the present day.

Intelligence was assessed using various IQ tests in childhood at ages 7, 9, 11 and 13 and again in adulthood at age 38.

Participants were interviewed aged 18, 21, 26, 32 and 38 years old and asked about cannabis use (including when they first started) and their intelligence was tested using a range of mental arithmetic, vocabulary and coloured block tests. The final test (aged 38) also involved each participant nominating a person who knew them well who also answered questions about the participant’s attention and memory.

The researchers used reliable statistical analysis methods and considered other factors (such as other substance misuse, mental illness and length of education) when measuring mental functioning.

The researchers concluded that persistent cannabis use over a 20 year period is associated with neuropsychological decline and greater decline is seen among persistent users. They propose that the not yet fully developed adolescent brain is more susceptible to damage from cannabis.