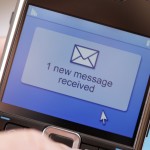 A recent systematic review and meta-analysis investigated the efficacy of SMS text message interventions for smoking cessation. Unlike the majority of other smoking cessation interventions, using mobile phones to deliver health information allows for direct interaction between clients and practitioners without face-to-face interaction and permits the collection of large amounts of data. It is therefore cost-effective and easily scalable to large populations. 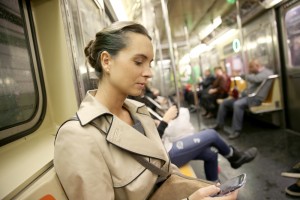 This review compared the different elements of text messaging, to find out which are most effective at supporting smoking cessation.

The authors searched for randomised controlled trials which investigated the efficacy of text messaging interventions for smoking cessation. Only studies which included a follow-up measure of smoking abstinence were included. 13 articles met all of these inclusion criteria.

The authors also extracted information on the use of each of the moderators described below:

Intervention success was assessed using seven-day point prevalence as the primary outcome measure, as 11/13 of the studies reported these results. Two other studies only reported 6 month continuous abstinence.

The researchers used an intention to treat analysis. 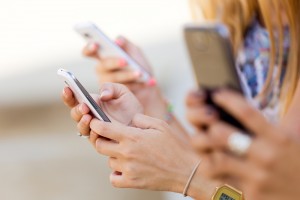 Perhaps surprisingly (given the ubiquitous nature of smartphones) the reviewers only found 13 trials to include in their analysis.

The 13 articles resulted in a cumulative sample size of n = 13,626. Participants were primarily adult smokers (six studies), but four studies recruited participants aged 15 or over and three targeted adolescents and young adults (ages 16-25).

Overall, the analysis of the intervention moderators did not find strong evidence that any particular moderator was more effective than any other: 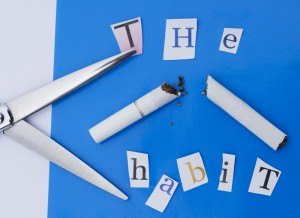 Text messaging does not compare well to many other forms of smoking cessation.

This meta-analysis found that smoking cessation interventions which used text-messaging increased the odds of successfully quitting smoking by 35%.

Overall, these results provide no evidence that text-messaging interventions, which are more complex and time-demanding (i.e. text-plus, on-demand messaging, variable schedules, social support communication), are any more effective than the simplest interventions.

However, given the cost-effectiveness, relative ease of delivery and promise of efficacy of these interventions, future research should continue to determine what moderators make an effective text-based intervention.

These results should be treated with caution however, for a number of reasons: 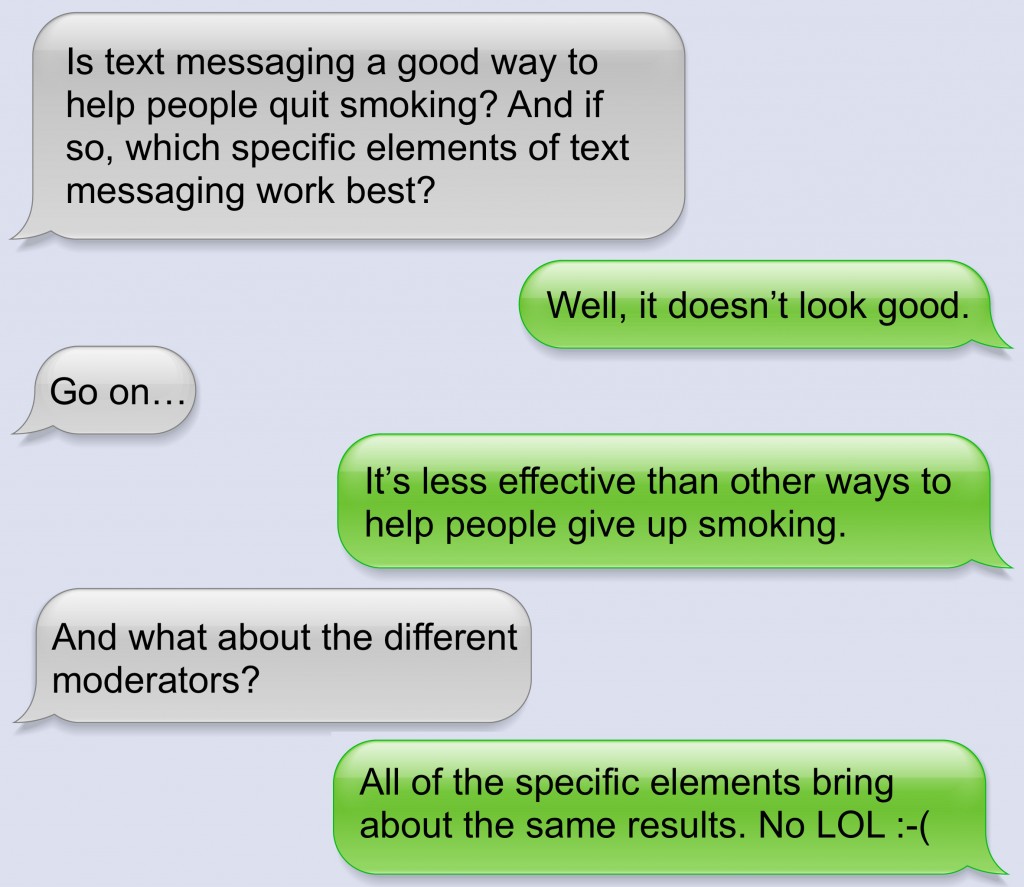