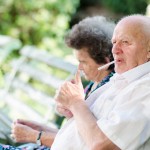 Previous reviews looking at the possible association between smoking and dementia have concluded that smoking may be a risk factor, but they have included relatively few studies. Around 20 new studies have been completed in recent years, so Zhong and colleagues felt a more comprehensive meta-analysis was warranted, and reported the results in PLoS ONE in March 2015 (Zhong et al, 2015a).

The researchers set out to pool and analyse the results of all the prospective cohort studies they could find, which provided risk estimates on smoking and incidence of dementia.

A prospective cohort study is a study that follows a group (cohort) of similar individuals over time who differ only with respect to possible risk factors. In this case the studies included in the meta-analysis prospectively followed up groups of people who were free of dementia at the beginning of the study and were classified and studied according to their smoking status. 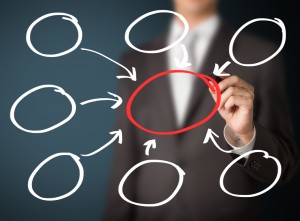 This meta-analysis brought together 37 cohort studies including nearly 1 million people in total.

The researchers used a very simple search strategy across four large medical databases, PubMed, Embase, The Cochrane Library, and PsychInfo. They included only studies with a prospective cohort design and published in English or Chinese.

They did not contact study authors for extra data. So although their methodology was robust, it was not exhaustive in its search for studies or for data to include in the meta-analysis.

Thirty-seven studies were identified for inclusion which is considerably more than in previous reviews. Around two thirds (24) of these studies were judged to be of high quality, according to the Newcastle-Ottawa quality assessment scale which has been specifically developed for assessing the quality of non-randomised studies.

They divided the studies up according to whether they were looking at the incidence of all cause dementia, Alzheimer’s disease dementia (AD), or vascular dementia (VaD).

People who were smokers throughout the duration of the studies (current smokers) were at significantly greater risk of developing dementia than those who had never smoked:

People who had ever smoked (so this included people who had smoked but given up and those who were still smokers) also had a higher risk of all cause or VaD, but the significance of the increased risk of AD was marginal:

Former smokers did not show an increased risk of developing dementia over those who had never smoked. 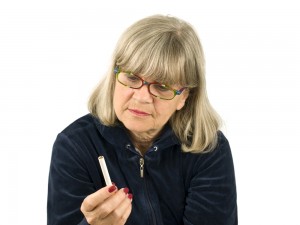 Overall, this review provides strong evidence for quitting smoking and reducing your risk of dementia.

Rather excitingly for me, as my day job for the EQUATOR Network is promoting better research conduct and reporting through the use of reporting guidelines, the researchers explicitly state that they followed The PRISMA Statement (Preferred Reporting Items for Systematic Reviews and Meta-Analyses).

Arguably, even more exciting is that they have posted their data on characteristics of the 37 included studies on the online data repository Figshare. You can access the data by clicking here.

It was by exploring this online data repository that I noticed that the same group of researchers had posted a table of study characteristics from a recent review on the association between benzodiazepine use and dementia (Zhong et al, 2015b). The report of this study is also published in PLoS ONE and the study characteristics are accessible here.

If a simple standardised table of study characteristics were available for all systematic reviews, the possibilities are endless. A great deal of useful information about previously conducted research studies is collected and reported in systematic reviews and meta-analyses such as this one.

In Cochrane Reviews, the structure of this information in characteristics of included studies tables lends itself to further standardisation and sharing. At the moment, this information is not formatted in a way that can be shared and re-used easily outside an individual review. Following the example of these researchers and systematically collecting and sharing this type of information would be a great step forward in the field of evidence synthesis. 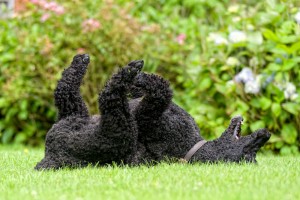 More standards (when it comes to tables of study characteristics) would be of great benefit to everyone.

And one more thing

To those who have made it this far through the blog, I give thanks! And as a reward, I have another interesting piece of information about this article. For some reason, the name of the Academic Editor, Keith Laws rang a bell with me. Probably (hopefully!) this is because he is a very distinguished professor of neuropsychology whose work includes the principal analysis of the link between ecstasy (MDMA) and poor memory, and staunch criticism of the widely recommended use of cognitive behavioural therapy to treat psychosis. (If you are interested in the latter issue, Professor Laws has recently uploaded a lecture of his about it on YouTube which merits a blog in itself – great stuff).

However, looking further down his entry on Wikipedia, I discovered that he is also a past member and co-founder of the post-punk band The The, and credited for coming up with the band’s name. Who’d have thought it?