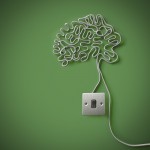 There is a back to school feeling in the air in the Woodland this week, and so this comes to you with the help of my shiny new yellow pencil case.

Epilepsy affects around 70 million people around the world and premature mortality is substantial with almost half of epilepsy-related deaths occuring in those younger than 55 years. The contribution of psychiatric comorbidity is not clear and although suicide has been associated with epilepsy deaths, whether this is an independent association has not been clarified.

In July of this year Fazel and colleagues published their Swedish total population cohort study in the Lancet. In this 41-year population study of 69,995 individuals with epilepsy, they aimed to investigate prevalence and risks of premature mortality from external causes such as suicide, accidents, and assaults in people with epilepsy with and without psychiatric comorbidity. Using the nationwide population registers in Sweden they studied all individuals born in Sweden between 1954 and 2009 with inpatient and outpatient diagnoses of epilepsy (n=69,995) for risks and causes of premature mortality. Patients were compared with age-matched and sex-matched general population controls (n=660,869) and unaffected siblings (n=81,396).

The aims of the study were to address two specific issues;

Odds ratios for death (with 95% CI) compared with general population: Psychiatric comorbidity was associated with a marked increased risk of mortality

Of those who died from external causes;

Risks for external causes of death, and potential treatments to mitigate these risks, need to be considered in patients with epilepsy. The importance of identifying, monitoring, and treating psychiatric comorbidity, is reinforced by these results and clinical epilepsy services could review their liaison with psychiatric and addiction services. Whilst bearing in mind that although the relative risks were high, absolute rates of premature mortality from external causes were 1.4%, and any changes to clinical practice need to consider how to identify high-risk populations with low false positive rates Any psychiatric comorbidity should be looked for in patients with epilepsy

The results show high rates of premature mortality in epilepsy, and highlight the substantial contribution of psychiatric comorbidity to this mortality. The findings potentially contribute to the clinical management of epilepsy for neurology, psychiatry, and primary care services by presenting information on associations with treatable psychiatric disorders.

The findings appear to be robust; the study benefited from a large sample size, various sensitivity analyses, and examined familial confounding. To the researchers knowledge, this is the first time that unaffected sibling controls have been used to assess mortality in epilepsy.

Reducing premature mortality from external causes of death should be a priority in epilepsy management. The ability of health services to prevent such deaths now requires further review.

Signing off today with the help of Elbow…