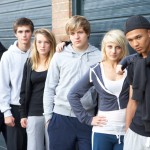 This new cross sectional study from researchers at Harvard Medical School looks at the prevalence of DSM-IV disorders in over 10,000 teenagers living in the community.

The study looked at a representative sample of young people. Homeless adolescents, school drop-outs and non-English speakers were excluded from the research, even though those who speak a different language make up a significant proportion of the US population (4%).

Researchers interviewed 10,148 adolescents aged 13-17 years old (plus one parent) and used the Composite International Diagnostic Interview to assess whether they had one of the following disorders:

This study is not without it’s limitations. The interviews that were used to measure lifetime diagnoses relied on the young people and their parents recalling previous illnesses. However, the study was well designed and the results are broadly generalisable to other countries.

Among US adolescents, DSM-IV disorders are highly prevalent and persistent. Persistence is higher for adolescents than among adults and appears to be due more to recurrence than chronicity of child-adolescent onset disorders.