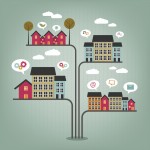 These documents are aimed at local authorities and their partner organisations in the health and voluntary sectors, in particular those involved with health and wellbeing boards.

Local government is preparing to take on a wider remit for public health in communities from April 2013. To provide support, NICE has started producing specially tailored briefings to help councillors and local authority staff find out which public health actions are most effective in improving the health of people in their area, while also providing the best value for money.

Based on recommendations from existing NICE public health and clinical guidance, the briefings have been developed with input from the independent Local Government Reference Group, which comprises councillors, local government officers, and others with an interest in community health and wellbeing.

Examples of effective recommendations highlighted in the new briefings include: