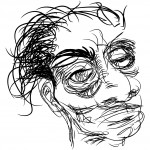 In addition to mental health problems people with drug misuse problems have a greater risk of physical health problems associated directly from drug use (such as blood borne viruses from injecting) as well as health risks associated with a drug using lifestyle. A major cause of premature death amongst drug users is accidental over-dose (Ghodse et al 2012) and this can be as a result of lowered tolerance (after a detox for example or prison stay), misjudging effects of a combination of drugs, and/or an increase in strength of the street drugs. So it is likely that drug users will also require treatment from mental health and general health services. Previous research (Merrell et al, 2010) has established that there is a high risk of death in the immediate two week period of release from prison, and recommendations are that people with a history of drug use should be offered immediate support from local services on release. However, it is not been examined if there is a similar risk after release from hospital.

The aim of the study was to investigate mortality rates amongst drug users in relation to time after discharge from hospital, specifically focusing on drug related deaths (DRD) and non-drug related death (suicide).

This was a cohort study using data linked to 69 457 people who were registered for drug treatment from April 1996 – March 2006.

There were four categories of “time to death”: within 28 days, 29-90 days, 91 days to 1 year, and >1 year and these were compared with those “never admitted” to hospital. People with substance misuse problems have a greater risk of death in the immediate month after discharge from hospital.  Characteristics of being an alcohol user, an injecting drug user, and having a hepatitis C diagnosis increases this risk.  These findings mirror the findings of research examining deaths after prison and discharge from drug treatments. It is important to note that these deaths are avoidable, and all services need to consider how they can play a role in prevention strategies for this marginalised group. The recommendation of the paper is for hospitals to have a greater role in reducing these risks.  Three suggestions are made:

However, an important point to note is that the hospitalisations were relatively brief with a quarter not involving an over-night stay.  This suggests that some of the deaths are unlikely to be linked to lowered tolerance (as in after a period of weeks or months in prison).

This paper has been able to analyse data from large data-sets which makes the findings both robust and generalisable (to drug users who attend drug treatment). Routine data sets are problematic as they may not be accurate (i.e events wrongly coded when inputted in the system) and also may under-report actual events by omission of data.  The authors admit that despite methods used for accurate linkage there is a small chance of some errors within the dataset.  Analysis of routine data-sets such as this can identify a pattern, but can’t answer deeper questions about specific relationships and why this is occurring.  This analysis only included drug users who had attended for drug treatment and therefore not all drug users in Scotland.  In addition, the authors did not differentiate between types of hospital admissions and this could have been useful in identifying which conditions are associated with greater risk.  For example it may be that this increased risk is being mediated by accidental overdoses which is a marker for a person who is engaging in significant health risks, and is at increased risk of dying.  It would have been useful to compare risks associated with discharge from psychiatric hospital compared with general medical hospitals.  Again, we are not sure from this analysis whether the risk of death is associated with underlying mental health issues.

It is clear that there is a need for further research to fully understand the link between hospital discharge and death in order to develop and test preventative strategies where they would have most impact.  However, in the meantime, all health services should recognise the heightened risks associated with substance misuse and provide the necessary care and discharge plans to help minimise this risk.  This group of people have complex health and social needs and are often marginalised and stigmatised.  The rate of premature mortality in this group is high and reflects a significant health inequality that needs to be addressed.