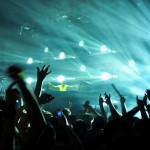 To date, ecstasy use has been very much associated with young people and clubbing, but some research has shown that the environments in which it is taken is now beginning to broaden. Lifetime prevalence rates for the drug are around 10% in the US and 8.6% in the UK according to 2010 EMCDDA estimates.

The drug is associated with increased energy, euphoria, a heightened sense of interconnectedness, greater sexual arousal, dehydration and cognitive impairment. Of course, being in a club environment with lots of other people and having impaired judgment and poor decision-making can sometimes put people on ecstasy at increased risk of unsafe sexual behaviour, or can it?

Researchers from the College of Charleston have recently published a random-effects meta-analysis that looks to answer this question by examining the association between ecstasy use and risky sexual behaviour.

They searched three key databases and followed up reference lists to find empirical studies on this topic. They noted that the first study they could find on the subject was published in 1986. They found 14 articles to include in their analysis (mean age = 26.1, average age of first ecstasy use = 17.2). Five of the 14 articles looked exclusively at populations of gay men.

It is hoped that the present meta-analytic findings and recommendations will encourage investigators to broaden their research methodologies and will stimulate new insights into the association between ecstasy use and risky sexual behaviour.

As always with a meta-analysis it’s worth seeing if the included studies are similar enough for it to be reasonable to pool them together. Random-effects models are used in meta-analyses which have more heterogeneous groups. The studies in this analysis are quite varied with a range of ages, gender and ethnicities. The assessment methods used are mostly self-report and personal interview. The outcomes measured are a real mixed bag. However, the authors report that random-effects homogeneity testing was non-significant, so it seems appropriate to pool these studies.

There is a lot of consistency between studies in terms of the direction of the result, which is a good sign. When the published research in a field is quite weak, we sometimes have to look to reviews such as this as the best available evidence.

Last reply was November 29, 2012
Try out our members features!