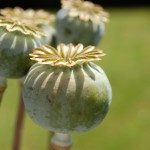 There has been a great deal of debate about illicit drugs in recent weeks. Just before Christmas, we had the House Affairs Committee report, which highlighted the downward trend in recorded drug use over recent years. Earlier this week the All-Party Parliamentary Group for Drug Policy Reform published their report on legal highs, which recommended a number of fundamental policy changes.

The BMA Board of Science have now published a new report, which explores the role that medical professionals should play in dealing with illegal drugs and dependency.

The objectives of the report are to:

Professor Averil Mansfield, chair of the BMA Board of Science, has introduced the report by saying:

We believe that addiction to illegal drugs is a medical condition that needs to be treated like any other illness. It’s important to remember that no one sets out to be addicted to drugs and a simplistic moralistic approach may not be helpful.

The substantial report (341 pages) examines the scale of illicit drug use in the UK and the burden it has on individuals and society as a whole.

Drug policy is discussed in detail, especially the harms associated with the prohibitionist legal framework controlling drug use.

Prevention programmes are explored and a significant amount of space is given to the medical management of heroin addiction and secondary health harms, as well as the role that healthcare professionals can play in managing drug dependency in the criminal justice system.

Executive summary – Drugs of dependence: the role of medical professionals (PDF). BMA Board of Science, Jan 2013.

Drugs of dependence: the role of medical professionals (PDF). BMA Board of Science, Jan 2013.