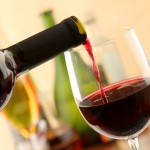 This is something many of us would like to be true – the idea that the occasional glass of wine has health benefits is compelling in a society like the UK where alcohol consumption is widespread.

Certainly the observational data indicate a J-shaped association between alcohol consumption and mortality (O’Keefe et al, 2007) , with the lowest mortality observed at low to moderate levels of alcohol consumption (equivalent to perhaps a pint of beer a day for men, and about half that for women).

However, observational studies like this are fraught with difficulties.

In a recent study in the BMJ, the authors argue that the problems associated with the choice of an appropriate referent group of non-drinkers are often overlooked in research into alcohol-related mortality.

They also argue that age is not adequately considered, which may be relevant because of physiological changes to the ageing body that influence elimination of blood alcohol. Knott and colleagues explored the association between alcohol consumption and all cause mortality for people aged less than 65 years and aged 65 or more, and separated never and former drinkers. 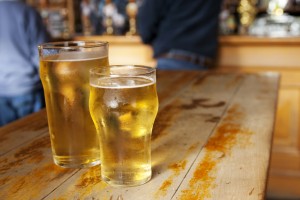 The study found the lowest mortality observed at low to moderate levels of alcohol consumption.

The authors used data from the Health Survey for England, an annual, nationally-representative cross sectional survey of the general population, linked to national mortality registration data.

The analysis focused on adults aged 50 years or older, and investigated two measures of alcohol consumption: self-reported average weekly consumption over the past year, and self-reported consumption on the heaviest day in the past week. The outcome was all cause mortality (i.e., any death recorded during the period of data collection).

The primary statistical analyses were proportional hazards analyses for each of the two age groups of interest (less than 65 years and 65 years or more). They tested for whether any associations observed differed between males and females and, given strong evidence of a sex-dose interaction, reported sex-specific models for each age group of interest.

Statistical adjustment was made for a comprehensive list of potential confounders, such as geographical location, ethnicity, cigarette smoking, obesity and a range of socio-demographic variables.

Protective associations were only observed with statistical significance (a point I’ll return to below) among younger men (aged 50 to 64 years) and older women (65 years or older), using a never drinker referent category after full adjustment.

Among younger men a protective relationship between alcohol consumption and all cause mortality was observed among those who reported consuming 15.1 to 20 units per week (hazard ratio 0.49, 95% confidence interval 0.26 to 0.91).

Among older women, the range of protective use was broader but lower, with reductions in hazards of all cause mortality observed at all consumption levels up to 10 units per week of less. 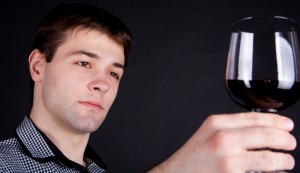 The study supports a moderate protective effect of alcohol.

The authors conclude that observed associations between low levels of alcohol consumption and reduced all cause mortality may in part be due to inappropriate selection of a referent group (all non-drinkers, rather than never drinkers) and inadequate statistical adjustment for potential confounders.

They also conclude that beneficial dose response relationships between alcohol consumption and all cause mortality may be specific to women aged 65 years or older.

There is a relative lack of data on older populations in relation to the association between alcohol consumption and all cause mortality, which this study addresses. The consideration of different definitions of the referent category is also valuable – the authors are correct that conventional definitions of “non-drinker” may be problematic.

However, to what extent should we believe the conclusion that beneficial dose response relationships may be age- and sex-specific?

As David Spiegelhalter has pointed out, the authors base their conclusion on which associations achieved statistical significance and which did not. However, the hazard ratios for all cause mortality are consistently lower for alcohol consumers than non-consumers in this study. Although the confidence intervals are wider for some consumption levels and in some sub-groups (males vs females, or younger vs older), the individual hazard ratios are all consistent with each other.

The wide confidence intervals reflect a lack of statistical power, principally due to the small number of never drinkers, and the small number of deaths. Although the data set is relatively large, by carving it up into a number of sub-groups, the statistical power for the individual comparisons is reduced. Spiegelhalter points out that the entire comparison for participants in the younger age group is based on 17 deaths in the male baseline group and 19 deaths in the female group.

As Andrew Gelman and Hal Stern have said, the difference between “significant” and “non-significant” is not (necessarily) itself significant. Indeed, focusing on statistical significance (rather than effect size and precision) can lead to exactly the problems encountered here. Low statistical power is also a problem, reducing the likelihood that a statistically significant finding is true, and (perhaps more importantly) dramatically reducing the precision of our effect size estimates. 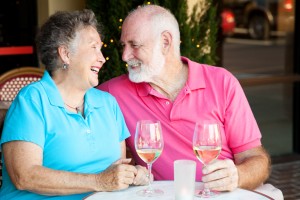 Should we believe that beneficial dose response relationships are age- and sex-specific?

There are some strengths to this study, notably the use of a more considered referent category of never drinkers, and the statistical adjustment for a broad range of potential confounders.

However, the primary conclusion of the authors does not seem to be borne out by their own data – hazard ratios for all cause mortality are lower for alcohol consumers than non-consumers at all levels of consumption, for both men and women, and for both the younger and older age groups.

Is moderate alcohol consumption good for us then? The observational data, including that from this study, continues to suggest so.

However we should also remain wary of evidence from observational studies, which can be notoriously unreliable, and cannot confirm that an association is causal. Ultimately, we may need to use novel methods to answer this question, such as Mendelian randomization which utilized the properties of genetic variants to enable stronger causal inference. 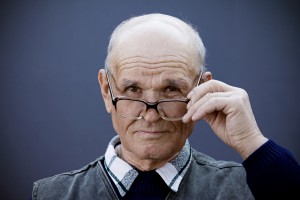 Observational studies can be unreliable, especially if they are underpowered.