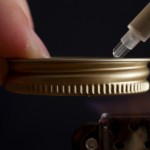 The Centre for Policy Studies have published a report, which concludes that despite being well-intentioned, plans to introduce Payment by Results (PbR) trials are unlikely to succeed.

The report by leading drugs analyst Kathy Gyngell claims that:

Kathy Gyngell (Chair of the Prisons and Addictions Policy Forum at the CPS) argues that PbR can work if the importance of abstinence-based rehabilitation is recognised and if bids from such operators are sought. And, crucially, if there is one simple measure of success: that of six months abstinence from all drugs and alcohol.