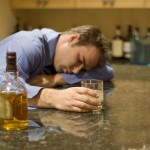 The World Health Organisation (WHO) considers harmful drinking as the third largest contributor to the Global Burden of Disease, an index of disability, poor health and mortality.

The majority of people who suffer from alcohol use disorders do not receive any treatment, due in part to lack of access. One way of increasing the availability of treatment is to administer it via the internet. Overall, internet-based interventions do seem to lead to reductions in harmful drinking.

The authors of the current study, published in the Journal of Medical Internet Research, compared the efficacy and cost effectiveness of two types of internet-based interventions:

The Lifestyle Elf previously discussed the efficacy of these interventions in the blog titled: Internet based programmes can help problem drinkers. Both are based on cognitive behaviour therapy and motivational interviewing, but there are a few major differences. Internet-based self-help provides information and introduces heavy drinkers to exercises that help them to resist craving and peer pressure, and deal with drinking ‘lapses’. Whereas internet-based therapy is driven by online chat sessions with a qualified therapist and has specific aims including self-control, goal setting, and relapse prevention. Despite being significantly more costly (€283 compared to €12 for the self-help sessions), the authors discovered that Internet-based therapy may be a more cost effective intervention than Internet-based self-help.

The research was conducted alongside a randomised controlled trial comparing the two types of interventions and a waiting list control (data from the waiting list control were not analysed, and we assume that ‘waiting’ doesn’t cost anything). Participants were recruited through the website of a substance abuse treatment centre based in the Netherlands and in order to take part they had to be between 18-65 years old, drink alcohol at levels that are harmful to health (indicated by a score of 8 or above on the Alcohol Use Disorders Identification Test) and have internet access (obviously!). Overall, 136 participants were included in the analyses (68 in each treatment condition).  Participants were followed up three months after the intervention, and again at six months.

At follow-up, the researchers counted the number of ‘treatment responders’ in each group.  A treatment responder was defined as somebody who had reduced their alcohol consumption to ‘safe’ levels (based on recommendations from the British Medication Association: no more than 14 standard units for women, or 21 units for men, per week), along with no substantial deterioration in scores on the AUDIT, Quality of Life Scale or Brief Symptom Inventory.

The researchers also calculated Quality Adjusted Life Years (QALYs; more information on this measure can be found on the NICE website), and the Incremental Cost Effectiveness Ratio (ICER; more information in this PDF from Bandolier) in order to quantify the cost effectiveness of any additional benefits caused by internet based therapy, when compared to internet based self-help. The paper set out to answer the question of whether the beneficial effects of Internet-based therapy (IT) would outweigh its significantly greater cost compared to the much cheaper (but also effective) internet-based self-help (IS).

IT offers outcomes for money equal to or better than those obtained with IS, and might therefore be considered as a possible treatment option. The authors recommended a stepped care approach with internet self-help first, and then internet-based therapy if needed.

However, participants were only followed up for six months, so we need to evaluate the efficacy and cost-effectiveness of this treatment in the long-term. Furthermore, a 60% likelihood of increased cost effectiveness for Internet-based therapy is relatively small.

Therefore, because of the larger costs involved in Internet-based therapy (it was over 20 times more expensive than comparable ‘self-help’) the authors suggested a stepped care approach. This would mean referring individuals for internet self-help first, and then moving them on to the more expensive Internet-based therapy if they did not reduce their drinking in response to the self-help.