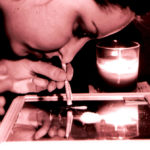 There are two parallel problems with women and drugs, first we know less about women’s use of drugs than men’s drug use. Secondly we need more women to be represented in research and senior academic positions related to this topic. By addressing both aspects we would not only improve our understanding of the issues women who use drugs face, but this could also improve the care and support we offer men in treatment.

Last week, a group of experts representing research, treatment and policy gathered in York. Their aim for the day was to try and take stock of what we already know and what needs to be done about Women and Drugs.

The day was organised by Ian Hamilton and chaired by Sharon Grace from the University of York. Here’s a short interview with them, setting out their expectations for the day:

Emma Wincup drew our attention to the virtual silence on women’s drug use in policy. Based on her scrutiny of the most recent Government drug strategy in which there was a shift from an emphasis on harm reduction in treatment to one of recovery. Recovery within the drug strategy has three principles: wellbeing, citizenship and freedom from dependence. Although all three principles are important for men and women, Emma encouraged us to think about how women might face greater stigma due to their use of drugs, which could impede their recovery.

Before we all get too comfortable, Karen Biggs challenged us to think about the way professionals in health and social care stigmatise women. It was somewhat telling when Karen mentioned that despite her years working in the addiction field, this was the first time she had been to an event focussed on women and drugs. But it was uplifting to hear about the work that Phoenix Futures do at their Grace House project, which was ‘inspired by women, designed by women and for women’.

Katharine Sacks-Jones represented the Agenda Alliance which has over 70 voluntary organisations that work with women and young girls who are at risk of violence, abuse and trauma. Using this wealth of experience from the Agenda network, Katharine discussed important themes for women: shame and stigma, children and the fear of losing children, poor mental health and complex needs, lack of financial support, relationship issues, physical and sexual abuse and exploitation.

Jenny MacNeill from the York Drug and Alcohol Service shared her experience of working with women. Adding to the themes that Katharine discussed by emphasising the need to talk to women about their experiences and needs. Sounds simple but perhaps some of us lack the confidence or don’t know what to do when we hear women share their experience. Jenny described the important work taking place in Family Drug and Alcohol Courts which some people may not be aware of.

Vanessa caught up with Katharine, Emma and Jenny over lunch, and they spoke about gender-specific services, trauma-informed care and the stigma felt by women affected by addiction. Here’s the podcast conversation:

A chance conversation between Sarah Nettleton and Jo Neale led to a study which explored the role of sleep in women’s recovery. Sarah asked us to think beyond the biomedical aspects and consider the complex relationship between sleep, drugs and recovery, in particular the way sleep is a ‘social practice’.

Every female academic should have a ‘wife’ asserted Liz Hughes, making the point that the support that is often available to male academics via their female partners is not always available to female academics. This lack of practical support might contribute to the imbalance in senior addiction positions on journal editorial boards and research projects, which are predominantly held by men. Liz and fellow speaker Gail Gilchrist share the role of Editor of Advances in Dual Diagnosis, they have both sought and published articles that focus on the complex needs of women.

Vanessa spoke with Liz about her career as a nurse, academic and journal editor. Here’s their conversation:

Gail shared the insights she has gained from conducting research in several countries, which has focussed on intimate partner violence. One of her many findings is the way that mental health problems often precede substance use for women. This has implications for mental health services who might be the first point of contact for women and provide an opportunity to intervene and offer alternative coping strategies to drugs.

Suzi Gage stimulated some thinking about the way drug myths are reported in the media. Again Suzi shared her experience of developing an academic interest in drugs. In particular her frustration with the lack of evidence or distortion of research when drugs feature in the news. Setting up the ‘Say Why to Drugs’ podcast with hip hop artist Scroobius Pip moved the conversation and discussion beyond the usual channels, which can often be ‘preaching to the converted’.

André spoke to Sarah about her work on sleep and recovery, and to Suzi about her blogging and podcasting exploits. Here’s the podcast conversation with them both:

The short morning and afternoon panel discussions that took place in York were live streamed on YouTube by the Beyond The Room team. You can watch these again via our Women And Drugs YouTube playlist.