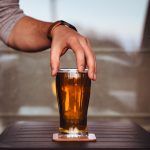 The associations between excessive alcohol consumption and increased mortality and morbidity are well-established. Indeed, in January 2016 the UK Government changed drinking guidelines (PDF) in recognition of evidence that there is no ‘safe’ level of alcohol consumption: the risks of disease and premature death begin to rise even in people who drink relatively small amounts of alcohol.

Other research has established that some individuals are at increased risk of developing alcohol use disorder (AUD). Some of the characteristics of ‘at risk’ individuals have been identified, including a low level of response to alcohol, and increased impulsivity and novelty-seeking. These characteristics are partly heritable, which may explain why AUD and other addictions tend to run in families.

The present study (Kendler et al., 2016) investigated a fascinating research question: to what extent can the association between AUD and increased mortality be attributed to the presence of AUD versus the predispositions of people who are vulnerable to developing AUD in the future? 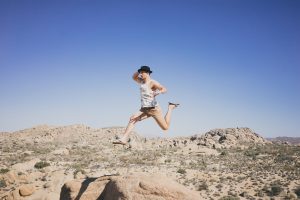 Impulsive, novelty-seeking individuals are at greater risk of developing alcohol use disorders.

This is a prospective cohort study that used the Swedish birth cohort, a massive database of all individuals born in Sweden between 1940 and 1965. This analysis was limited to individuals who had not died or emigrated before age 15, or prior to 1973. This yielded a total sample size of almost 3 million individuals (2,821,036).

Using different databases (the Swedish Multi-Generation Register and the Swedish Twin Register), the researchers also identified all siblings, half-siblings, and identical (monozygotic; MZ) twins of individuals in the large cohort. This yielded:

The presence of AUD was determined based on medical, criminal and pharmacy registries for the entire cohort and their close family members from 1973 to 2010 inclusive.

The primary outcome measure was mortality, which was obtained from the Swedish Death Registry.

After controlling for sex, educational status, and year of birth, presence of AUD was associated with increased mortality (mortality Hazard Ratio (mHR) = 5.83, 95% CI = 5.76 to 5.90). This estimate of increased mortality associated with AUD is comparable to estimates from other large epidemiological studies (e.g. Whiteford et al., 2013) despite the inevitable methodological differences between studies. 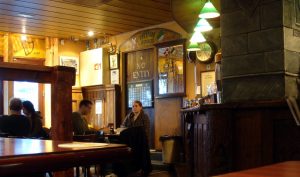 Alcohol use disorder was associated with a 6-fold increase in mortality rates across all ages and was highest in the 30-39 age group.

To grossly over-simplify things, these results suggest that young people who are at increased familial risk of developing AUD are more likely to die anyway, whether they go on to develop AUD or not. But in older adults it is the alcohol itself (or more specifically, the presence of AUD) that kills, rather than the degree of familial risk.

I enjoyed reading this paper, and the associated commentary by Heinz et al., (2016). It challenged my assumptions about the causal relationships that explain the strong links between alcohol consumption, mortality and morbidity. The authors’ briefly discuss several candidate mechanisms that might explain their findings. For example, we know that impulsivity is heritable and elevated impulsivity is a risk-factor for the development of alcohol and other substance use disorders (e.g. Fernie et al., 2013). The present findings raise interesting questions for future research, for example: is elevated impulsivity in children associated with increased mortality, and is this association partially independent of the presence (or absence) of AUD?

It is important to be clear that these results do not demonstrate that the relationship between AUD and increased mortality can be ‘explained away’ by familial confounding. There is robust evidence that heavy drinking (whether accompanied by AUD or not) is a direct cause of cancer and many other diseases including those of the liver and brain, and these diseases account for alcohol-attributable mortality (see Whiteford et al., 2013).

Caution is required when one considers the limitations of this study, including the use of binary predictor (AUD present or not?) and outcome variables (alive or dead?). Therefore, these findings don’t tell us anything about the relationship between alcohol consumption and mortality, an issue that is particularly important given that many of the individuals in this cohort in whom AUD was absent might have been drinking large volumes of alcohol anyway. They also don’t tell us anything about the relationship between alcohol consumption or AUD and morbidity, something that is perhaps better captured by disability adjusted life years (DALYs), or other outcome measures. Finally, these findings don’t reveal anything about the causes of mortality, which one might expect to be quite different in younger people (e.g. traffic accidents, suicide) than in older adults (e.g. liver disease, cancer).

Overall this study makes a really important contribution to our understanding of the association between alcohol consumption and increased mortality, and it paves the way for more fine-grained studies to investigate the underlying mechanisms. 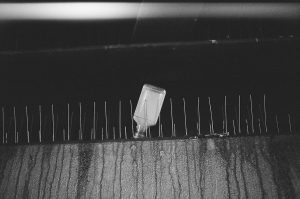 Future research should investigate the specific causes of mortality associated with AUDs in early to middle adulthood and their association with risk taking and violent experiences.