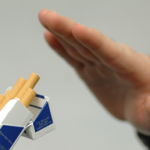 It’s well known that individuals with mental illness smoke nearly twice as much as those without a psychiatric disorder (Gfroerer et al, 2013; Lasser et al, 2000), and are more addicted to nicotine, smoke more cigarettes per day, and find it more difficult to quit (Lasser et al, 2000).

However, studies have shown that  individuals with mental illness still want to quit smoking, and in a supportive environment can quit successfully without any adverse psychiatric effects (Prochaska et al, 2008; Siru et al, 2009).

A new study in JAMA by Lê Cook et al (2014) has analysed different surveys between 2004-2011 to investigate smoking trends among individuals with a range of mental health issues.

Lê Cook et al (2014) used responses to the Medical Expenditure Panel Survey (MEPS), measured between 2004 and 2011, to analyse current smoking prevalence among non-institutionalised adults with and without mental illness. Smoking status was assessed by response to a question, while mental illness was defined as outpatient visits, counselling, filling a prescription for a mental health disorder within the survey year or scoring high on a psychological distress scale or on a depression checklist. The authors also investigated episodic mood disorder and neurotic/anxiety disorder.

Logistic regression was used to assess smoking trends between 2004-2011. The following covariates, known to have a relationship with smoking, were adjusted for:  race, age, sex, marital status, income, education, employment status, urbanicity, and insurance category (e.g. private, Medicate, Medicare, or other).

The authors used 2009-2011 data from the National Survey on Drug Use and Health (NSDUH) for a second analysis on quitting smoking and treatments. A sample was created to consist of adults who smoked over 100 cigarettes in their lifetime and had experienced mental illness in the past year.

The researchers used logistic regression to investigate the effect of psychiatric treatment on quitting smoking. An additional two calculations were made, replacing mental health treatment with either inpatient care or outpatient treatment. 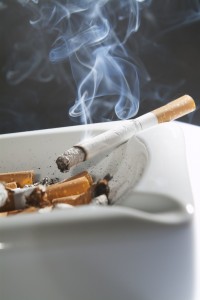 People with psychiatric disorders smoke nearly twice as much as those without, and are more addicted to nicotine, smoke more cigarettes per day, and find it more difficult to quit

Using survey data over recent years, the authors illustrate that the smoking rates in the US have generally decreased from year to year, except within individuals with mental illness. However, among mentally ill individuals, those receiving psychiatric treatment display lower rates of smoking and higher quit rates, except for those in inpatient facilities, where smoking can be ignored or tolerated by clinicians and in some settings even provided to patients (Lê Cook et al, 2014; Prochaska, 2010).

However, this study may under represent the mentally ill, due to the restrictiveness of the questions asked in the MEPS, leading the authors to use a psychological distress scale and a depression checklist. Additionally, the use of survey data does not allow for causal inferences on whether psychiatric treatment did influence smoking cessation, rather individuals may have chosen to seek out psychiatric treatment after quitting smoking. 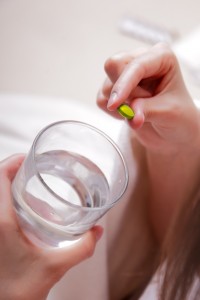 Mentally ill smokers whom are receiving treatment for their illness displayed higher quit rates and increased probability of quitting.

The results suggest that individuals suffering from mental illness will be more successful at quitting smoking when they are simultaneously receiving care and treatment for mental health problems. However, even the cessation rates in those receiving mental health treatments were lower compared to the general population. This suggests that there might be some barriers within the mental health field (Hall et al, 2009), for example the continued belief that smoking cessation or cessation treatments can have adverse psychiatric effects (Hitsman et al, 2009).

Earlier in the year we blogged on the neuropsychiatric safety of some smoking cessation treatments (See Jan 9 & Jan 13 blog). Additionally, mental health professionals rarely assess their clients’ smoking nor assist in quit attempts, therefore mentally ill individuals are missing out on the cessation opportunities the general public would receive (Schroeder & Morris, 2010). This may require more communication between primary and specialist care facilities.