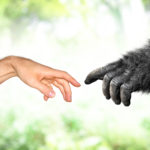 “Tim Crow must be proud to see his theory being tested at a complex level.” That’s how I tweeted the news on a recent Brain article by van den Heuvel et al (2019). Tim Crow’s theory on schizophrenia as a possible by-product of human brain evolution was quite inspiring and led to many fruitful discussions in our evolutionary psychiatry group when I was a junior trainee (which I wrote about a while ago: EPSIG Newsletter, June 2018). And here it was, the theory was tested by using novel methodology. Now I am pleased to say that the article did not disappoint, so I can enjoy the initial thrill and share my take with the Mental Elf World.

Tim Crow’s original question was intriguing: “Is schizophrenia the price that Homo sapiens pay for language?” (Crow, 1997). He argued that schizophrenia may be considered an extreme variation of brain systems which are relatively new in evolutionary timescale. Brain structures that are mostly implicated in schizophrenia were also unique to humans as mediators of language and higher cognitive functions. Those relatively new (in evolutionary timescale) brain systems may be more vulnerable to insults (e.g. stress, trauma, neurodevelopmental conditions) and manifest as dysfunctional brain circuits in schizophrenia.

The prevalence of schizophrenia is fairly constant across human populations (Jablensky et al. 1992), and the prevalence does not change despite low fecundity rates of people with schizophrenia. This can only be possible in the case of overall genetic predisposition across the population.

Crow then suggested that schizophrenia must be traced back to a “species-specific” genetic change in hominid evolution. Language is a unique human ability, and arguably a very adaptive one. Crow argues that the changes that led to Homo Sapiens’ adaptive success and predisposition to schizophrenia should be in the same evolutionary time window (Crow, 1997).

So, if there is a propensity to schizophrenia that is unique to humans, comparison with our nearest living primate relatives may provide insights. That’s exactly what van den Heuvel et al. (2019) tried to address. They provided the comparative evidence on the schizophrenia-specific brain mechanisms by using brain imaging data from humans and chimpanzees. 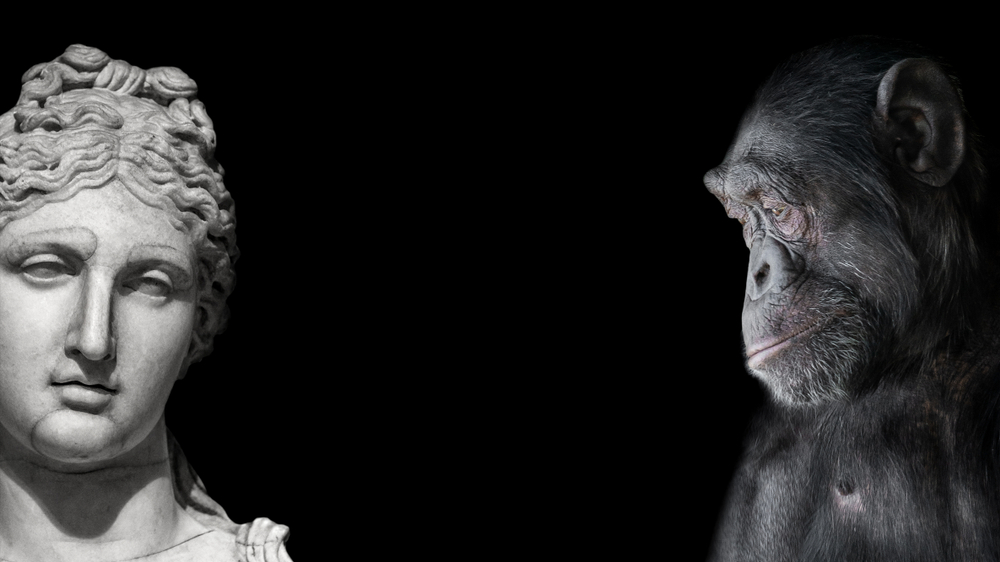 The authors used imaging analysis techniques that they described elsewhere as “comparative connectomics” (van den Heuvel 2016). Connectivity analyses used in this study allowed them to tease out shared and distinct topological patterns between species. They quantified the connectivity strength in a widely-used measure called fractional anisotropy. All data were previously acquired and used with permission for the purpose of the analyses in this study.

The main dataset was from 48 people with schizophrenia and 43 healthy controls from a previously published study (van den Heuvel et al. 2013). Chimpanzee (Pan troglodytes) MRI data were from 22 female chimpanzees and the scans were publicly available as part of the National Chimpanzee Brain Resource.

In addition to the principal data set, the investigators examined T1 and DWI (diffusion-weighted imaging) scans from two separate data sets of patients with schizophrenia and healthy controls (validation sets). They then identified a brain dysconnectivity measure based on the differences between patient and control connectome maps. They used the Bonin and Bailey cortical atlas that is designed to map homologous regions between humans and chimpanzees.

When comparing human scans with chimpanzee scans, they defined human-specific connections which are consistent connections that were observed in more than 60% of the human subjects and in none (0%) of the chimpanzee connectome maps.

The researchers reported lower fractional anisotropy in frontotemporal circuits as well as posterior cingulate cortex and pre-central gyrus in patients, findings that were consistent with previous connectome studies in schizophrenia. They also quantified the pattern as “schizophrenia dysconnectivity” which then was used as a measure for comparison.

They observed significant congruence between human-specific connections and the pattern of schizophrenia dysconnectivity. The connectivity patterns were not associated with symptom severity (as measured by the Positive and Negative Syndrome Scale (PANSS)).

The authors went on to link the connectivity evidence with the genetic findings (i.e. human accelerated regions of the genome). By using gene expression data from the Allen Human Brain Atlas, they showed that human-specific cortical areas exhibited higher expression of HAR genes.

The study by van den Heuvel et al. (2019) provided comparative brain connectivity evidence from chimpanzees and humans to support the hypothesis that schizophrenia may be linked to evolutionary modifications in the human brain.

The authors used their expertise in connectomics elegantly and cross-checked their findings by using validation samples. The findings were consistent to show an overlap between human-specific brain connections and connectivity patterns of schizophrenia. Further elaboration of the links between HAR genes and brain substrates helped the strength of the claim.

Schizophrenia is by definition a complex condition with many aspects and many possible factors. The authors clearly acknowledged the limitations of their claims as they stated:

Our findings merely suggest that recent evolutionary modifications in brain circuitry in humans may have been one of the factors that have played a role in the development of the disorder in humans. 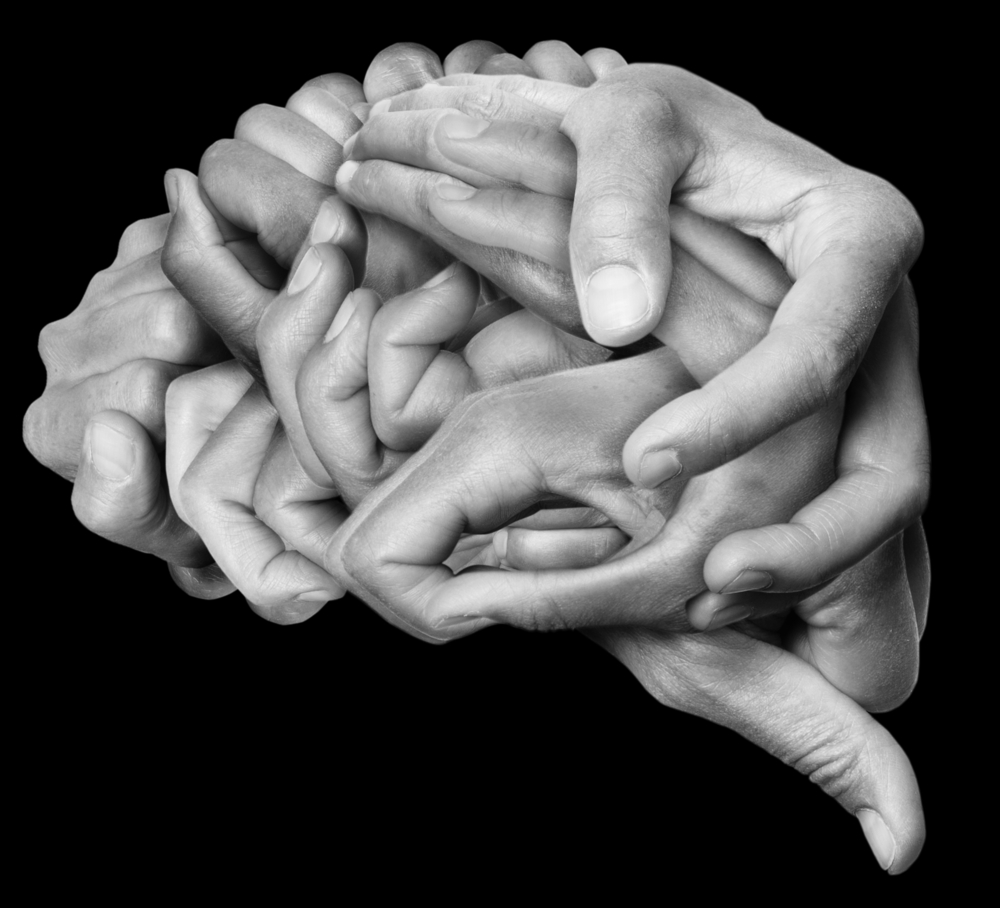 This research supports the hypothesis that schizophrenia may be linked to evolutionary modifications in the human brain.

van den Heuvel et al. (2019) already reported the limitations of the diffusion weighed imaging and technical challenges of cross-species analyses. I thought they could have elaborated a bit more on why connectivity patterns were unique in schizophrenia, not other psychiatric conditions. This is in line with another missing point in the paper, that is the discussion on “proximate” and ”ultimate” causes of psychopathology (Tinbergen, 1963) and the authors’ view on how their findings fit in the general scope of evolutionary approach. Although they stated that the changes reflected the average, they mostly referred to the connectivity patterns as dysfunctional. They did not mention any potential adaptive value of those changes. Psychotic experiences are in continuum in the population. If the changes that led to vulnerability to psychosis is shared in humans, then it we would expect a continuum in various neurobiological levels, not a categorical difference. Perhaps the next direction would be to investigate how the topological patterns vary according to psychotic phenomena as a spectrum.

This study is definitely a great leap forward as to how theories in evolutionary psychopathology can be tested by using novel neuroscience techniques. A crucial point is the need for integration of cross-disciplinary contributions to evolutionary understanding when addressing the “missing links”. As Theodosius Dobzhansky famously said: “Nothing in biology makes sense except in light of evolution”. It is unsurprising that biological psychiatry would turn to evolutionary biology for a better understanding of uniquely human conditions. 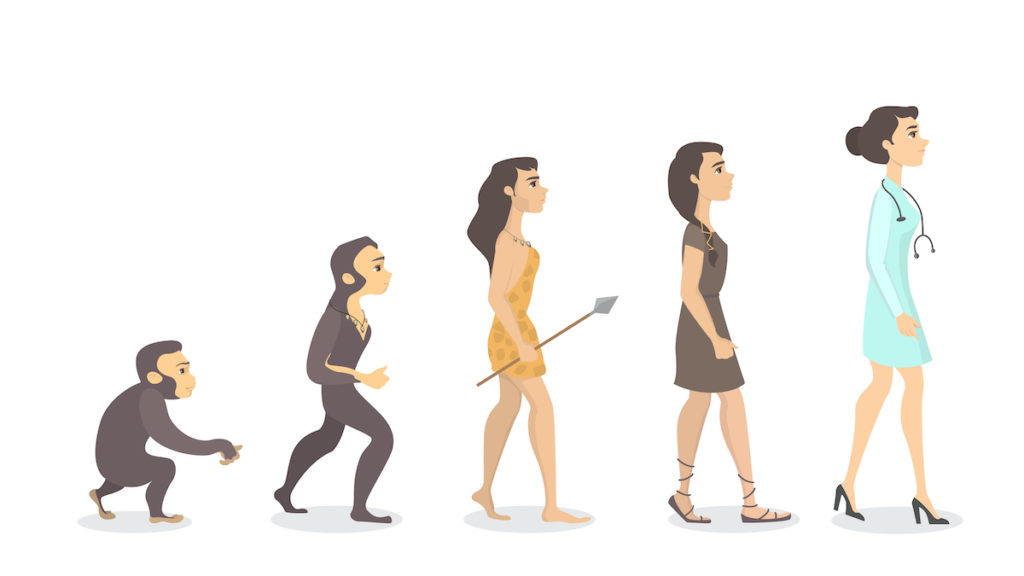 Should we be teaching evolutionary biology to psychiatric trainees?

Last reply was January 24, 2020
Try out our members features!